Yesterday, Lupe Fiasco jumped on Twitter and accused Kendrick Lamar swiping two covers, the backward album concept and an interest in martial arts from him.

Kendrick hasn't responded to the now-deleted Tweets. But TDE President Dave Free has:

Lupe saw the Tweet in responded in a very Lupe way.

What do you think Fiasco's didactic response? 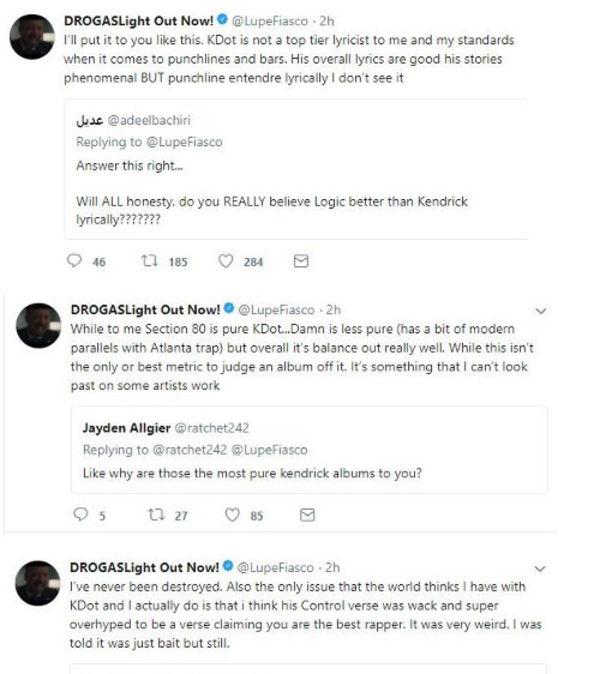