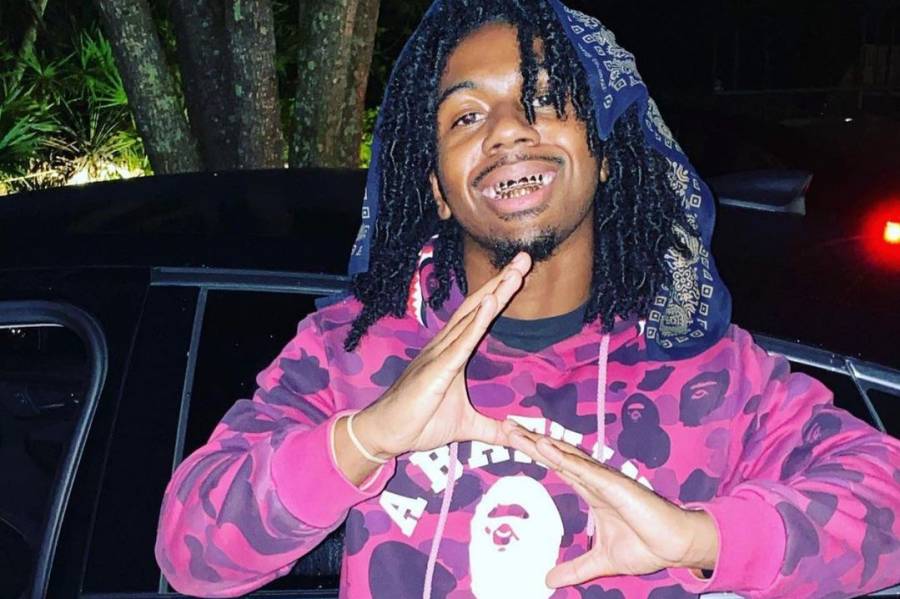 TAMPA BAY, FL – Last Thursday (November 19) was thought to be a typical night of recording music for Ace NH, but the Tampa Bay rapper reportedly had other plans.

According to the Tampa Bay Times, Ace — born Billy Bennett Adams III — was arrested on November 21 on two counts of premeditated first-degree murder charges after allegedly killing two individuals he went to his backyard shed-turned-studio with two days prior.

The Hillsborough Sheriff’s Office confirmed that the two victims traveled with Adams to the makeshift studio before a “violent execution” took place shortly before midnight on Thursday near an off-campus student community for the University of South Florida.

Deputies say the 23-year-old rapper shot the two individuals and then fled in a vehicle. Police arrived at the gruesome scene about five minutes following the gunshots and declared the victims dead upon arrival. Law enforcement believes the incident to be gang-related, with Ace not shy about his Crip affiliations.

“Although the attack was clearly targeted, we will not allow gang-related disputes to disrupt the comfort and safety of innocent residents in any of our communities,” Hillsborough Sheriff Chad Chronister relayed to the Tampa Bay Times. “It is clear that this suspect had no regard for human life, and now he will face the consequences for his actions.”

Ace already released two projects this year including Life Goes On and October’s Paint Tha City, both of which are available on streaming services.

He worked to support his rap dreams as a salesman at a local Finish Line and is currently being held without bail.