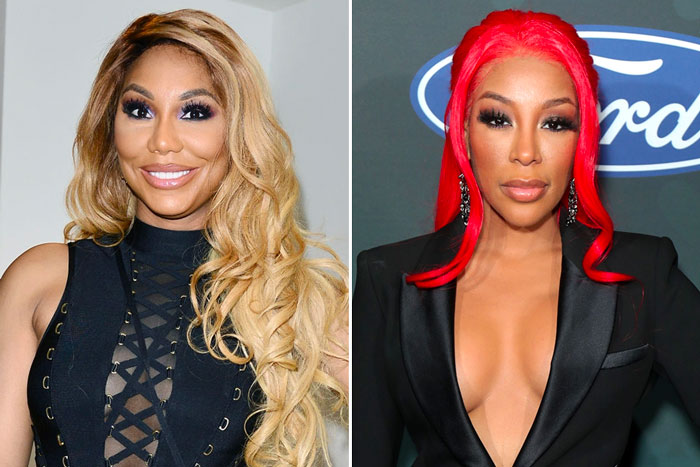 K. Michelle and Tamar Braxton are back at it.

The R&B singers reignited their long-running feud this week. During an interview with social media personality TS Madison, Tamar was asked if she would be open to a Verzuz battle with K. Michelle. But instead of answering the question, she remained silent and rang a bell to avoid getting into a messy situation.

But that didn’t stop K. Michelle from interpreting her response as shade. She clapped back, calling Tamar a “bitch with no edges” and a “muppet.” She also accused her of sleeping with Jermaine Dupri’s father while he was married.

* my apologies, this is actually what K.Michelle is upset about. …. Chile still no reason for her to talk about some false ass narrative about Tamar. https://t.co/cdSAZVg1oG

He continued by apologizing to his girlfriend. “I’m sorry for what happened. I gotta apologize. That shouldn’t have happened to you today.”

He then asked Tamar to address K. Michelle one last time, but she chose to say less and avoid any negativity. “I’m in a different place in my life. I don’t want to be a part of any negativity of any kind,” said Tamar. “So I’m going to keep ringing my bell ’cause that’s what works for me.”

However, K. Michelle wasn’t willing to let it go and responded by mocking Adefeso’s Nigerian accent in a Twitter voice note, which was later deleted.