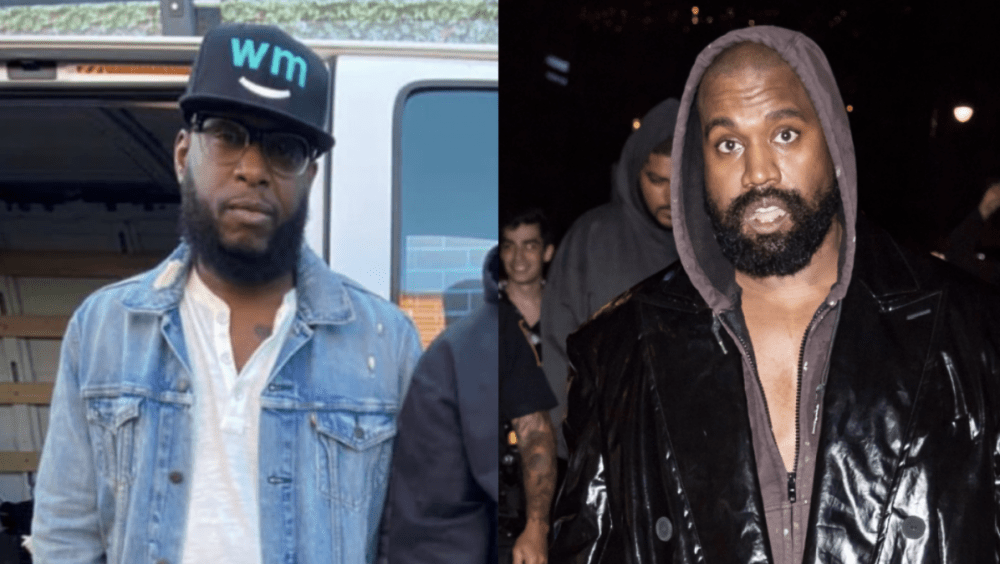 Talib Kweli has responded to Kanye West dissing him during his explosive Drink Champs interview from November last year.

In the 2021 interview, Kanye declared Common to be a “thousand times better rapper” than Kweli and then dissed TK’s lifestyle and rhyming style.

“If I be like you, Kweli, I’d be where you at. If you ask 99 percent of people, ‘Do you want to be Kweli or do you wanna be Ye?’ Most people are gonna wanna be Ye. I love Kweli. I never really liked the way he rapped.”

The NYC native said he isn’t too mad about Yeezy’s hurtful words as it generated a ton of buzz around his name and he still has a ton of love for his “Get Em High” collaborator.

“That was good time,” Talib joked in his own newly released Drink Champs episode with Dave Chappelle and fellow Black Star MC Yasiin Bey. “It felt like having a hit record out. The way that I remember that ‘Get By’ was out. It reminded me of what Kanye mean to the culture. The hat shit was funny to me — it was hilarious.”

Although, the Brooklyn native was a bit surprised by Kanye’s jabs because he was with him a month prior to the Drink Champs interview and everything was cool between them at a Dave Chappelle stand-up set in NYC.

“We on the group chat just laughing about the shit,” he continued. “So if you look at the moment, I had to have fun with it because I got a lot of love for Kanye. There was underlying context behind it.

“It had nothing to do with bars or baseball hats or none of that. He’s got a huge platform and I love him. That’s my brother… So this is all very conflicting and different.”

The Brooklyn rapper compared the impact of Kanye’s third album to Michael Jackson’s best-selling 1982 LP, claiming it shifted the trajectory of Hip Hop when it outsold (and, in his opinion, outshone) 50 Cent’s Curtis during Kanye and 50’s highly-publicized sales showdown in September 2007.

“It was so creative, it was funny … Graduation is like a Thriller moment that people don’t properly appreciate,” he said. “I always feel like they’re trying to hate on it ’cause he really sold a million records in a [week]. I don’t care what they say.

“It kept the record industry floating for at least the next five years and it helped them transition into this whole streaming model ’cause they were just sitting on cash. I mean, who performs like that?

“It wasn’t Coldplay, it wasn’t U2, it wasn’t any other genre — it was Kanye West with a beautifully, cleanly-produced album that was pure Hip Hop. I mean, ‘Barry Bonds’? What are we even talking about? That shit was out of control.”