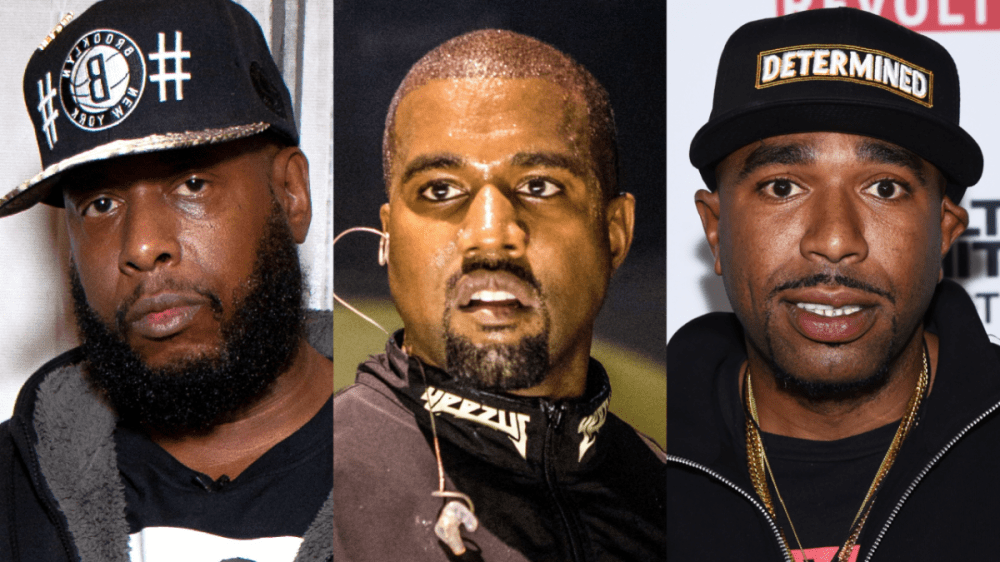 Talib Kweli has called out Kanye West for his recent Drink Champs interview and claimed he took advantage of N.O.R.E. for his own “political gain.”

The Brooklyn native posted a clip of a recent interview Ye did with the Daily Mail, where he addressed the backlash N.O.R.E. has faced for how he moderated the controversial episode.

Kanye called for people to back off the Drink Champs co-host and praised him for giving him a platform to speak freely, which he said “no one does.”

However, Kweli wasn’t buying Ye’s explanation and let it be known on Instagram. According to the Black Star MC, Drink Champs isn’t a political platform and Ye knew that, even though he still chose to spew his offensive rhetoric on the podcast.

“@kanyewest bro you not a good friend to @therealnoreaga stop the [cap],” Kweli wrote in his caption. “You called NORE because he the only one who would let you come on after The Shop shelved you because you was screaming White Lives Matter (a nazi phrase) at everyone during that taping.

“You know for a fact @drinkchamps is not a political show but you went their to regurgitate lies about Black people from @realcandaceowens who is a political talking head. You literally wore a 2024 hat, essentially announcing your political aspirations.”

Kweli continued: “You took advantage of NORE, someone who was giving you the benefit of the doubt, for your own political gain. And now you have jeopardized his show and made the families of the victims of racist police brutality want to sue you.”

Talib Kweli continued to drag Kanye, claiming everything he was doing had nothing to do with using free speech to help the Black community. Kweli believes Ye is promoting an “anti-Black” agenda and cited his recent purchase of the conservative social media platform Parler.

“And I don’t wanna hear shit about free speech since you bought Parler,” Kweli added. “Freedom of speech ain’t freedom from consequences. You use your free speech to support anti Black rhetoric and people. I use mine to call that out. NORE was right to apologize. Because that’s what decent people do when they fuck up. Be decent Ye.”

Elsewhere in his Daily Mail interview, Kanye West slammed the media for supposedly disrespecting him by referring to him as a simply “rapper,” since he claims he’s worth “$11 billion” and is “richest Black man of all time.”

Kanye has come under heavy fire in recent weeks for various controversial antics, such as wearing a “White Lives Matter” shirt and making anti-Semitic comments.

He further stirred controversy during his Drink Champs interview by suggesting George Floyd was killed by fentanyl, not ex-Minneapolis police officer Derek Chauvin kneeling on his neck for almost nine minutes.

Floyd’s family has since filed a $250 million lawsuit against the Chicago native, citing “harassment, misappropriation, defamation and infliction of emotional distress.”

N.O.R.E., meanwhile, appeared on Hot 97 earlier this week and addressed the strong negative response to Kanye’s Drink Champs episode, which has since been taken down. The Queens, New York native expressed regret over how the interview unfolded.

“I’m sorry,” he said. “I can sit there and say, ‘That’s only Kanye West, it’s only what he said.’ But I have a responsibility when I have an audience … When I watched myself, I was embarrassed. I was like, ‘Wait a minute? You just let him say that?!’ I’m irresponsible for letting it go.”