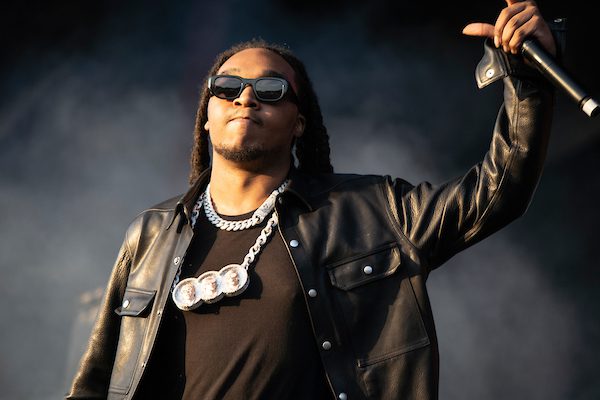 Takeoff is reportedly dead after a shooting at a Houston bowling alley. According to TMZ, Takeoff was killed after 2:30 a.m. when shots were fired at 810 Billards & Bowling.

The shooting occurred during a dice game. After an altercation began, shooting followed, striking Takeoff near his head. He was pronounced dead at the scene.

Quavo was with Takeoff at the scene and was involved in the dice game. In a video circulating social media, Quavo can be heard requesting help. He reportedly was not injured in the shooting.

Two other people suffered injuries and were taken to the hospital. TMZ highlights Quavo was celebrating Jas Prince’s birthday in Houston earlier in the day. Takeoff posted an image from the bowling alley earlier in the night.

NBC Houston confirms the shooting, citing a large crowd was discovered by law enforcement upon their arrival. Houston Police Department Lt. Salazar said 40 to 50 people were in attendance but did not confirm the identities of those injured.