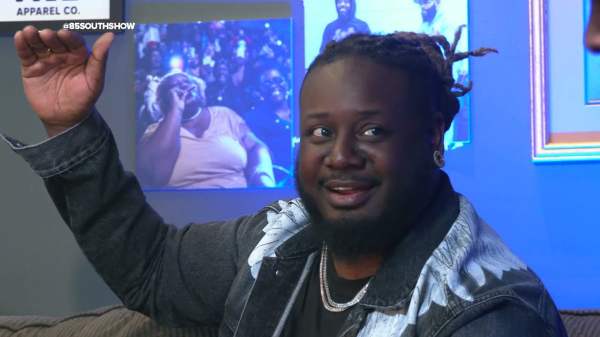 Ever since T-Pain found his DM’s the Nappy Boy crooner has been in high demand.

On Tuesday, T-Pain took to Twitter and shared his long list of collaborators that he agreed to work with. T-Pain explained in several tweets some of the pressure he’s under, balancing a full work load and staying creative. Adding, that his own project Precious Stones has been pushed back multiple times.

“I wanna start this thread off by saying I’m definitely not complaining about this but I don’t think we know what kind of pressure we put on others. This isn’t for the fans,” T-Pain shared in the first post, which included his list of features.

T-Pain added that his collaborators list is confirmed. He will complete all the features as he has accepted the job.

“I literally can’t keep up with the ppl that aren’t on this list that hit me everyday to add work to my crazy work load.”

“So! This is the list of features I actually HAVENT done yet that I’ve gotten since the whole “situation” a while back and I’ve promised to deliver. This is just features that I actually WANT to do. I’ve talked to these ppl personally and accepted the job.”

The “Bartender” rapper turnt singer shared the list was in order of request. It looks like we’ll be getting an Erica Banks Nappy Boy collab soon.

“If you ask me for a feature at this point, just know that this list is in the order that the requests were received so there’s no way to get to the top of the list.”

Which T-Pain collaboration are you ready to hear first?