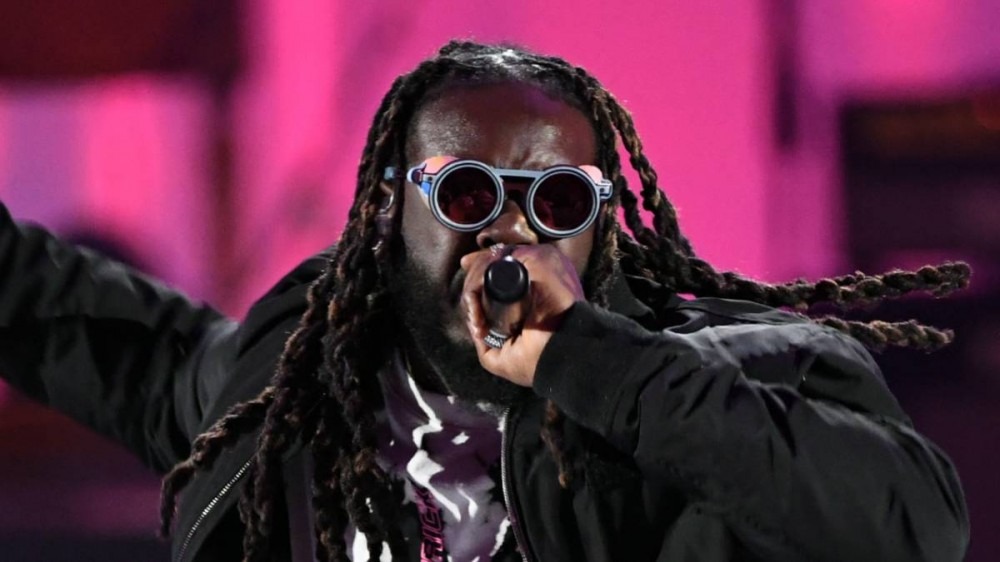 T-Pain has faced his fair share of criticism since rising to fame with hits such as “I’m Sprung,” “Buy U a Drank (Shawty Snappin’)” and “Bartender” in the mid 2000s. As he continues to deal with derision over his use of Auto-Tune, Teddy Pain decided to silence his critics once and for all.

On Thursday (December 2), the Tallahassee, Florida native reminded fans he’s a “real artist” by sharing a video of him recording “an entire smash from scratch” in the studio on Twitter. The almost six-minute clip finds T-Pain cooking up a beat on his computer and then laying down vocals using his signature vocal-distorting software.

My craft is documented. I love what I do. There aren’t many major “artists” that can fuck with me, let alone show you a video of them making an entire smash from scratch in the studio BY THEMSELVES. From the production, to the writing, to even recording myself. pic.twitter.com/5C98xe2lbe

The video provides an intimate look at the rappa ternt sanga’s creative process as he mumbles placeholder melodies, records numerous vocal takes and tweaks his lyrics as the song takes shape.

“She keeps asking me what we are/And I’m not ready for relationships/I’m just trying to have some relations quick,” he croons over the sparse, dreamy production.

“That shit gonna be nasty!” he proclaimed. “Woo!” T-Pain actually released the full song, titled “Shootin’ Up the Club,” earlier this week.

“My craft is documented. I love what I do,” T-Pain wrote while sharing the video on Twitter. “There aren’t many major ‘artists’ that can fuck with me, let alone show you a video of them making an entire smash from scratch in the studio BY THEMSELVES. From the production, to the writing, to even recording myself.

“This ain’t a flex I’m just showing you the different between your favorite ‘artist’ and a real one.”

He added, “I know where I stand in this game and that’s why no matter what ppl say I can finally keep my head up and laugh, because I now realize that the shit that ppl used to do to me to hurt my feelings was only because they felt threatened and they needed me to not believe in myself…

“But it done backfired and you fucked around and woke the boy up. #PreciousStones #ShootinUpTheClub.”

Although he didn’t mention anyone by name, T-Pain did reveal this past summer that Usher once told him he “fucked up music for real singers” due to his use of Auto-Tune.

“I don’t even think I realized this for a long time, but that’s the very moment that started a four-year depression for me,” he admitted in an episode of Netflix’s This Is Pop.

Although Usher later said he had since spoken to T-Pain and the two had mended fences — a claim that T-Pain disputed — the R&B stars eventually put the issue behind them by hugging it out on stage at a Dave Chappelle gig in Atlanta in November.

For those requiring more proof of T-Pain’s artistic pedigree, be sure to watch his Auto-Tune-less NPR Tiny Desk Concert from 2014.