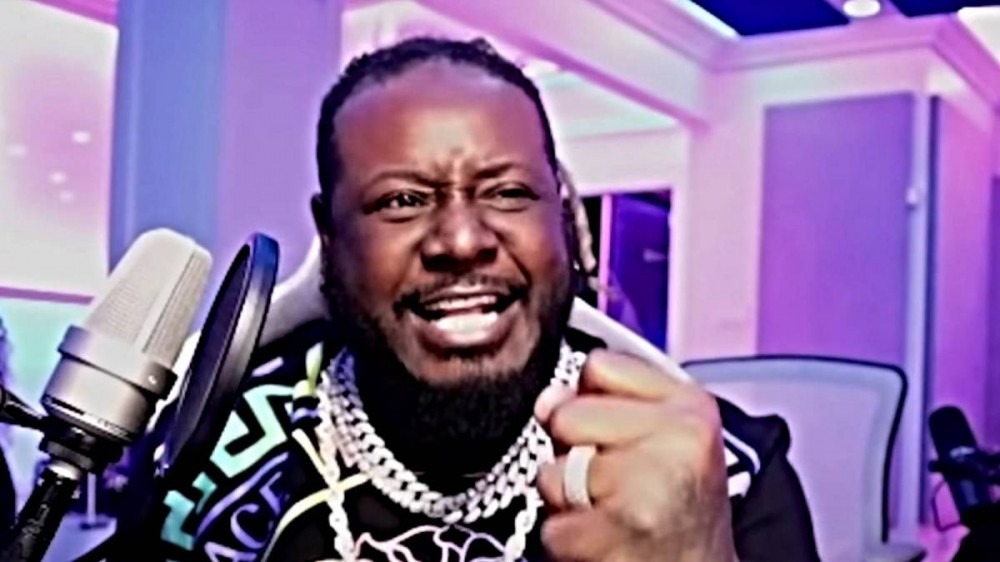 T-Pain keeps it real — really real. Whether he’s admitting to ignoring hundreds of celebrities’ DMs or speaking out about his struggles with mental health, Mr. Tallahassee Pain isn’t afraid to speak his mind.

On Wednesday (July 14), fans got another taste of T-Pain’s rawness when a YouTube clip of him ranting about homogonized music started making the rounds. The Godfather of Auto-Tune was incensed during a recent Twitch session after he was sent yet another music submission that sounded like 100 others he received before.

“You know when your shit sounds like somebody else’s shit,” he begins. “You’re making it because you’re in the studio like, ‘What’s the number one record now? We need to make another one of those.’”

That’s when he takes it up about 20 notches and screams, “Stop doing that! Stop! You’re not original! Give me some original shit! Are you seriously telling me that you sat here watch me tell a bitch to eat a dick and you thought that wasn’t original? Are you seriously sitting here telling me ‘eat a dick’ is the bad part of music? Stop!! Just fucking do something else! God damn it! Do some different music!”

T-Pain wasn’t even close to done there. He then brought up Lil Uzi Vert, Lil Baby and DaBaby who he says are already making the music he’s being sent.

He then explains why he’s so enraged, adding, “It’s people sending me the same fuckin’ music that everybody else is doing and then get mad when I say well I already heard this. That’s the only thing I get mad about.”

After a few moments, T-Pain returns with a calmer tone and says, “All you have to do is fuck bitches and get money. Fuck bitches, get money, bro. But why would you copy somebody else’s music and then get mad at me when I say, ‘We have that. Don’t do that. We got it.’”

Ultimately, T-Pain believes the people with the most money make the worst music, so that’s what the audience will hear.

But that doesn’t mean T-Pain hates everything he’s sent. Just last week, an aspiring musician thanked him for playing his song on Twitch.

“I can’t thank @tpain & @nappyboygaming enough for playing my song BL3$$3D on his @twitch stream!” rapper Trek Manifest wrote. “It’s crazy because the anniversary of My album ‘I Appreciate Your Patience’ is coming up July 23rd!Man!!! I need EVERYBODY TO TAG T-PAIN to this! I’m humbled and excited that an artist of his caliber is rocking wit me!!! Thank you thank you thank you!!!”