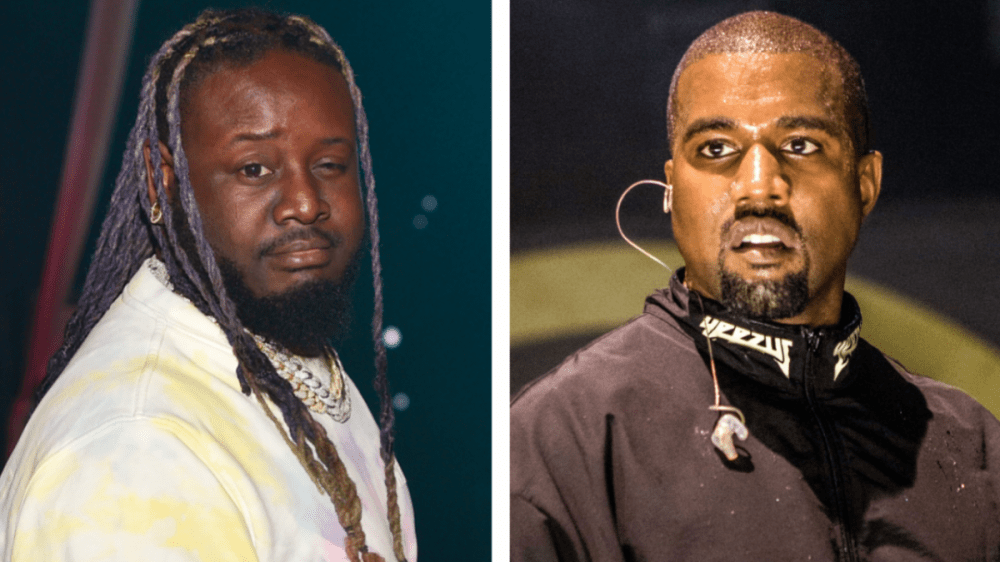 Kanye West famously referenced ’90s sitcom Family Matters in his My Beautiful Dark Twisted Fantasy intro, “Dark Fantasy.” However, T-Pain claims Kanye stole the line from his song “Danger” after personally playing it for him, with Ye even telling him the lyrics were “corny.”

“Because mine was out. I was working on Watch the Throne and I was so proud of my new mixtape that I had coming, and it was mostly rap. There was a lot of rap on my shit. And I was showing Kanye my shit to be like, ‘Is this good rap?’ I really wanted his fucking opinion. I was dying. It’s fucking Kanye bro, you know what I’m saying? I got a chance to show Kanye my fucking raps?”

He continued, “And he’s not like super hip to my raps. He’s not been a fan of mine long enough to know that I actually rap, too. And I get a chance to show him how I rap. It was either Prevolver-it was one of the Pre mixtapes before I released it. And on one of the songs I said, ‘I got beef like two burgers, you n-ggas win slow and I’m smarter than Steve Urkel.’ Now, keep in mind the Winslow family, right. Corny as fuck. I knew it was corny when I said it.”

T-Pain revealed Kanye West echoed the same sentiment before going on to use similar lyrics in his own song.

“Kanye confirmed it,” he said. “He was like, ‘Don’t ever say anything like that.’ Then after that, one of his bars was, ‘Too many Urkels on your team, that’s why your wins low.’ And I was like, ‘Did this n-gga try to get me to not say my shit so he could say it?’ … I was like, ‘Bro, that’s my bar.’ He looked at me and he was literally bobbing his head, grabbing his chin, and when I said that line he looked at me and said, ‘Don’t say that.’”

He added, “So this is why I say corny lines ’cause in my heart, I know they’re corny. But if the right person says it, it’s not corny anymore apparently. When a n-gga getting lifted to the fucking ceiling like a God with a light shining down on him, and y’all n-ggas is paying $50 for fucking chicken fingers to listen to a fucking unfinished album. Twice.

“All of a sudden I’m hating because, ‘You can’t fill up the stadium.’ Yes I can, I’ve done it. But I’m also letting people hear fucking finished songs.”