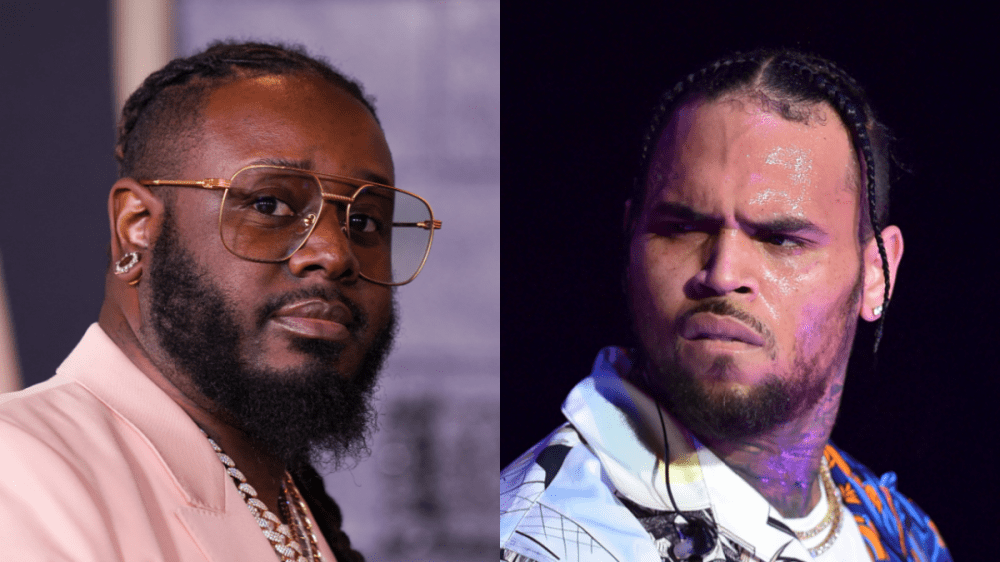 Chris Brown made waves earlier this moth when he expressed his frustration at the lack of support for his latest album Breezy. Despite debuting at No. 4 on the Billboard 200, the album notched just 72,000 album-equivalent units in its first week, the lowest opening tally of his career.

There could be various reasons why the album didn’t perform as well as as Chris Brown hoped, but T-Pain has an idea. During a recent Twitch stream with DJ Akademiks, Breezy’s “Kiss Kiss” collaborator attributed his frustrations to the R&B superstar having a “princess complex.”

“That is my muthafucking n-gga, but I know what his faults are,” he said. “The princess complex is not only when you get what you want, but you get the accolades of a pretty person for doing fucking nothing and just being pretty… The second that the first real muthafucka comes to you and says, ‘Hey, you ain’t that fuckin’ pretty,’ it’s over.”

Chris Brown has yet to responded to T-Pain’s comments, but it’s clear he’s not happy with the impact Breezy has made. He let that be known earlier this month while promoting the album’s deluxe edition, which arrived on July 8.

“July 8th breezy deluxe album,” he wrote in an Instagram Story. “Not that it matters…SEEMS LIKE YALL ONLY INVEST IN THE NEGATIVE STORIES ABOUT ME. CHRIS GETS IN TROUBLE (THE WHOLE WORLD IS ON it). Chris drops album [crickets]. I’m back on my gangsta shit. It’s BRACKING at all times.”

Despite his frustrations, the album still wrote Chris Brown further into the history books as he surpassed Elvis Presley on the all-time Billboard Hot 100 hits list while breaking The Weeknd’s record for most entries on the Hot R&B songs chart.