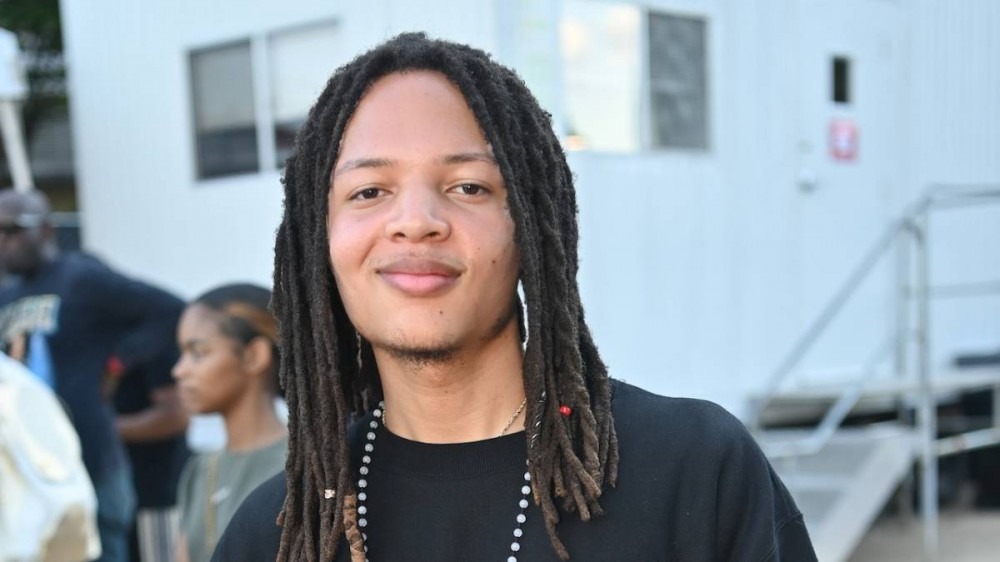 T.I. has instilled plenty of good traits in his oldest son Domani. Whether on the VH1 reality series The Family Hustle or growing up wanting to be his own man in Hip Hop, Domani has stepped up for his family, including being there for his younger sisters.

The Atlanta rapper was a recent guest on the Big Facts Podcast with Big Bank and Baby Jade and recalled a moment where he had to step up and be present.

“The craziest story,” he began. “I think someone told this before but boom, we at the house, the lake house, this is the house that’s on TV. I was sleep. I was sleeping late, it was like 12, 1 p.m. 2 p.m. or something and Deyjah woke me up yelling, ‘Domani! Domani! Some dude’s outside trying to get in and Pops is beating him up! I was like, ‘Whoa!’

He continued, “I’m still half sleep! I’m moving slow and I don’t wanna rush too soon because I don’t know if [she] trippin’ or this a prank cause Deyjah be prankin’ people. I get myself together, get downstairs and it’s all over with and now everybody just talkin’ about it.

“I’m like, ‘What happened?’ Turns out, some dude came and jumped over the gate and he was throwin’ little pebbles and something at the window. Deyjah opened the window and was like, ‘What are you doing?’ He was tripped out! He threw his wallet at the window for whatever reason. His ID was in there … it’s a lot.”

After the trespasser made it past the gate and began harassing one of Tip’s daughters, Domani was on the way, but T.I. himself had already solved the issue.

“She went and told Pops and he woke up and went outside with his slippers on … it’s some video somewhere of this man kicking this man with these slippers on the ground!,” Domani exclaimed. “It was crazy, he said, ‘Jump back over the fence!’ And he did and I was sleep – and it was like [Friday After Next] when Santa come and Mike Epps sleep? That’s how it was like.”

The father and son relationship recently took centerstage at the AfroPunk Festival in September. During what turned out to be a birthday performance for T.I., Domani joined him on-stage for an impromptu freestyle. Domani revealed to the Big Facts crew that it was a complete surprise, even if Tip nearly spoiled it.

“That was the first time we did that in Atlanta,” he said. “I was supposed to come out and surprise him since it was his birthday but we pulled up at the same time. We got out the car and he was like, ‘What you doin’ here?’ I didn’t know we was gon’ do all that. I just like doing music. That was crazy. That was a blessing.”