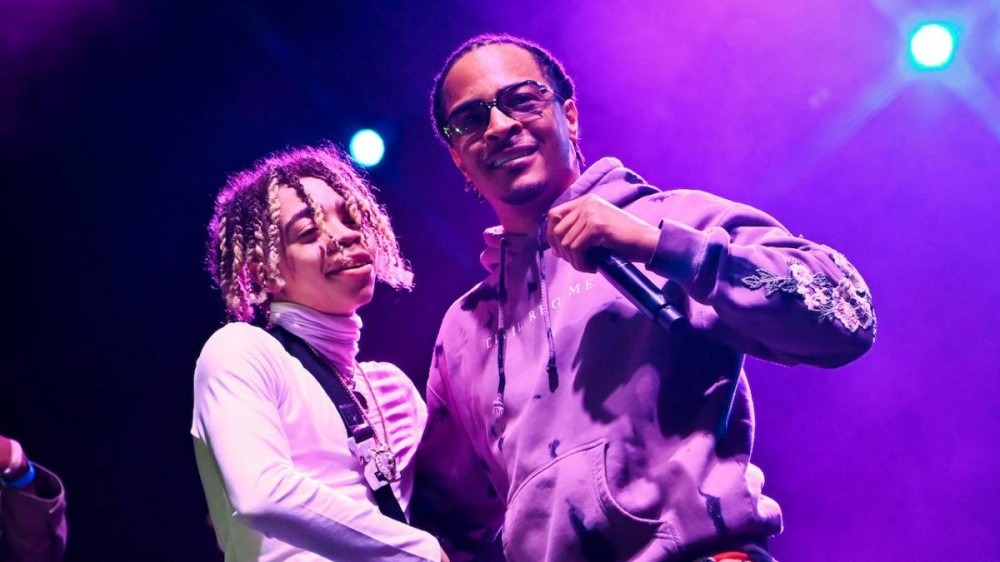 T.I.’s family business has been put in the spotlight for several years, whether by his own son Domani or their reality series, T.I. & Tiny: The Family Hustle. But, one of T.I.’s younger sons recently found himself on camera getting into a verbal altercation with a restaurant employee.

King Harris, who also raps under the alias Kid Sayian, was at an Atlanta area Waffle House where he became upset because the order he placed wasn’t what he got in return. Harris was angry because his order had pickles on it and, through a rant on Instagram Live, proceeded to curse out the Waffle House employee who handed him his order.

While explaining what happened to his followers, a Waffle House employee told King, “You can talk like that outside.”

He quickly responded, “I can talk how the fuck I want to, wherever I’m at. I’m on live!”

After saying he had the employee’s entire yearly wage in his pocket and flashing a stack of money, King began to threaten to pistol-whip one of the employees over perceived disrespect. The stream was cut before any further incident happened.

It’s not the first time King’s temper has been present on camera. In 2021, he was spotted getting into it with another man in a parking lot and not backing down.

It’s unclear when the incident at Waffle House took place, but the young Harris had reason to celebrate this week. On Thursday (May 26), the 17-year-old graduated from Dutchtown High School with honors, the latter notion shocking even Tip himself.

“Shocked the sh*t outta me,” T.I. wrote alongside a picture of King’s degree. “Celebration is definitely in order. Twin did it @the_next_king10 Graduates tomorrow… WITH HONORS. Say what you want about him… but can’t say he ain’t handle his business. #ProudPops. We might even [smoke] one together. Congratulations King. We love you,& We proud of you. Don’t stop…Keep growing.”