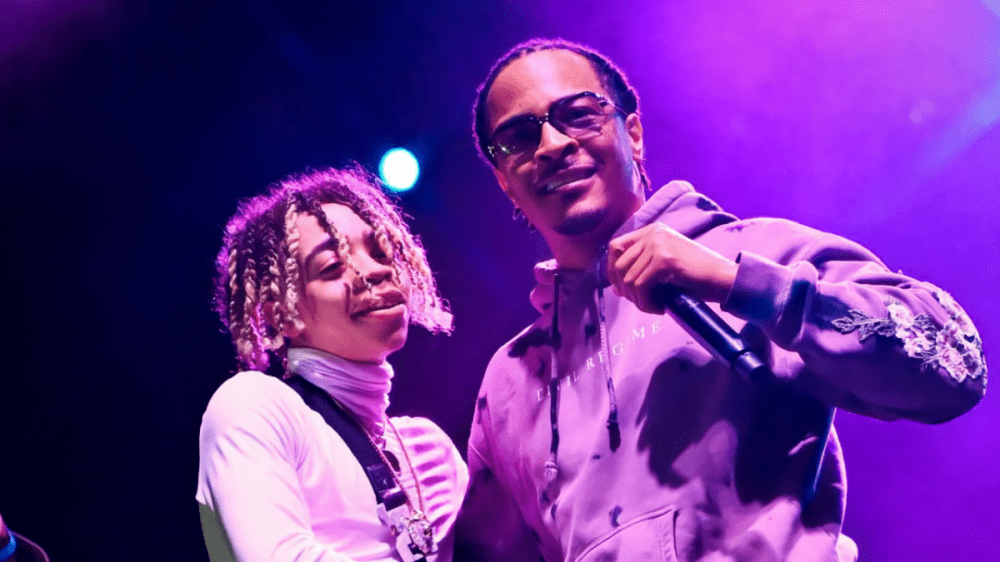 T.I. has a family situation on his hands after his son King Harris was arrested on Wednesday (August 31).

It’s unclear what led to his arrest, but the 18-year-old made it clear that he isn’t fond of the police after his latest brush with the law. Harris posted a series of videos on his Instagram Stories sharing his reaction to the arrest and those criticizing him for it.

In one video, King can be seen sitting in a car with a female friend after being released from custody as they go over the violations they received. King said he was slapped with four violations, while his friend was given one for not wearing a seatbelt.

Once at home, King continued to speak about his arrest, first telling critics to “get off [his] dick” before taking a bubble bath and agreeing with those saying he shouldn’t be getting arrested.

“Y’all right,” he wrote. “We too rich fa da shit! I agree,” followed by two laughing emojis. “I’m sorry that a muthafucka caught me while I was on my way to vacation. I’m sorry, I thought I was doing what a young n-gga was supposed to do. I ain’t wanna be in there.”

King then addressed those who claim he’s trying to be a gangsta, saying he never intended to get arrested.

“Everybody that’s saying n-gga tryna be gangsta. I ain’t ask for the police to pull me over, y’all bitch ass n-ggas,” he snapped.”

T.I. and his wife Tiny have yet to comment on the incident.

King Harris’ arrest comes months after after he was filmed getting into a verbal altercation with a Waffle House employee in Atlanta.

King became upset when he discovered pickles in his order, which he didn’t ask for. He then cursed out the Waffle House employee who handed him his order while filming the exchange on Instagram Live.

“You can talk like that outside,” the employee told him, to which he replied: “I can talk how the fuck I want to, wherever I’m at. I’m on live!”

Harris then bragged about having the employee’s entire yearly wage in his pocket and flashed a stack of money, before threatening to pistol-whip one of the employees over the perceived disrespect.