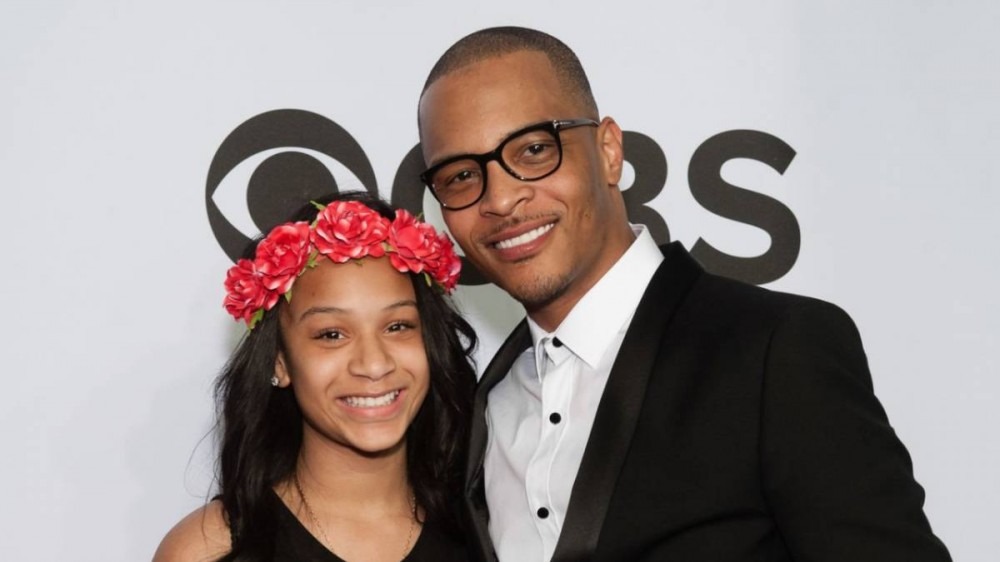 Much has been said about how attitudes toward mental health have changed for the better within Hip Hop and the Black community as a whole, and T.I. served as a shining example of that this week.

Coinciding with Self-Injury Awareness Day on Tuesday (March 1), the Atlanta rapper’s eldest daughter, 20-year-old Deyjah Harris, opened up about her own experience with self-harm.

Taking to Instagram, Harris — who was born to T.I. and singer Ms. Niko in June 2001 — shared a photo of herself bravely showing the scars on her left forearm from where she has cut herself, while encouraging others to speak up about their own struggles.

“*sighs*…whew, ok so because today is SIAD (self injury/self harm awareness day) i decided to leave some of you that can relate a little message,” she began. “I need you to see that if i can be brave enough to share this part of myself/my journey with the world, then you can too.

“For those of you that can’t relate to cutting but you can relate to other forms, i see you too and you’re not alone … but let me tell you this, don’t you dare spend the rest of your life hiding who you are/what you’ve been through … you deserve to share your story… when or if YOU’RE ready. your story can + will save so many lives and you don’t even know it yet.”

Deyjah Harris followed up with a sweet, heartfelt message to her parents, accompanied by a slideshow of photos of the three of them together over the years.

In it, Harris thanked T.I. and Ms. Nico for their lifetime of love, support and patience throughout her mental health journey, while telling them, “I hope you two never feel as though what I go through/feel has anything to do with you.”

T.I. jumped in his daughter’s comments section to shower her with praise, like any loving father would.

“Ain’t no other way baby bear. We ALL Love you to no end,” he wrote. “Through any & everything life has to offer. Good Bad or Worse… I Ain’t Never goin nowhere & ain’t nothing ever too big or small to bring my way. It’s US til da world BUST!!!! You know we 4LIFERS‼️ @deyjahimani.”

Ms. Nico also offered her support in the comments section of Deyjah’s original Instagram post, writing, “THIS WAS SO BEAUTIFUL SWEET BABY. NEVER LET ANY ONE/THING DIM YOUR LIGHT, OR TAKE YOUR EYES OFF THE PRIZE. I PRAY LOVE AND HEALING FOR EVERYONE DEALING WITH THINGS SPOKEN, OR UNSPOKEN.”

T.I., who has seven children in total, is no stranger to supporting those in times of need. In 2006, the Grand Hustle boss famously saved Scott Stapp, the lead singer of Creed, from a suicide attempt. The rockstar jumped off a hotel balcony during a drug binge and was left with severe injuries — before Tip came to his rescue.

“I laid out there for two and a half hours and my guardian angel showed up — rapper T.I.,” he told VH1. “He immediately took care of the situation and saved my life.”

T.I. played hero again in 2010 when he convinced Joshua Starks, a 24-year-old Atlanta resident, not to jump off a 22-story building. The King rapper heard about the situation on the radio and drove to the scene to help.

“The fact of the matter is that God put me in a position to help, and I can’t take any credit for that,” he humbly told reporters afterwards.