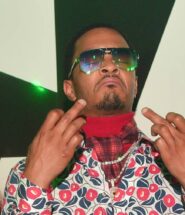 T.I. and his wife Tameka “Tiny” Harris have faced a series of sexual abuse allegations over the last several months.

Most recently, there were cleared of any wrongdoing in an alleged 2010 Las Vegas sexual abuse incident. Now, Tip is firing back in a new song snippet he posted on Thursday (May 20) called “This Is What It’s Come To,” which points out the women making the accusations refuse to remove their veils of anonymity.

“Go put yo face and reputation on it,” he raps in the Instagram clip. “These kind of claims deserve more than anonymous provocative conversation, don’t it? … Willing to face whatever consequences for his vision … while I’m up against some lyin’ ass bitches.”

T.I.’s lyrics echo a statement from the couple’s attorney Steve Sadow, who told HipHopDX in April, “The Harrises are still waiting for the accusers to reveal themselves publicly. By continuing to hide behind anonymous allegations, the unnamed accusers effectively render themselves not credible and unworthy of belief.

“We say: let the light shine on their identities so we can go about disproving these scurrilous accusations.”

The catalyst for the allegations seemed to arrive in January when Tiny’s former friend Sabrina Peterson accused T.I. of once holding a gun to her head. From there, women started coming out of the woodwork with tales of sexual abuse and drugging.

Peterson, who once served time in prison for reportedly “slicing and dicing” a friend of hers, currently has six restraining orders against her for stalking out of both DeKalb and Fulton County, Georgia — all from different people.

Meanwhile, at least one person has admitted their story was completely fabricated. An Instagram post shared by @theindustryonblast showed alleged screenshots of someone saying, “Lmaoooo I made it sound so real. Her dumb ass. Like Imagine how many other people are actually doing this. Just hopping on the bandwagon trying to make them look bad. Like I did that just to prove a a point and it worked. She just posting any random ass message she get lol desperate af.”

Tip and Tiny remain committed to fighting the allegations. In the meantime, check out “This Is What It’s Come To” in full when it arrives at midnight EST on Friday (May 21).