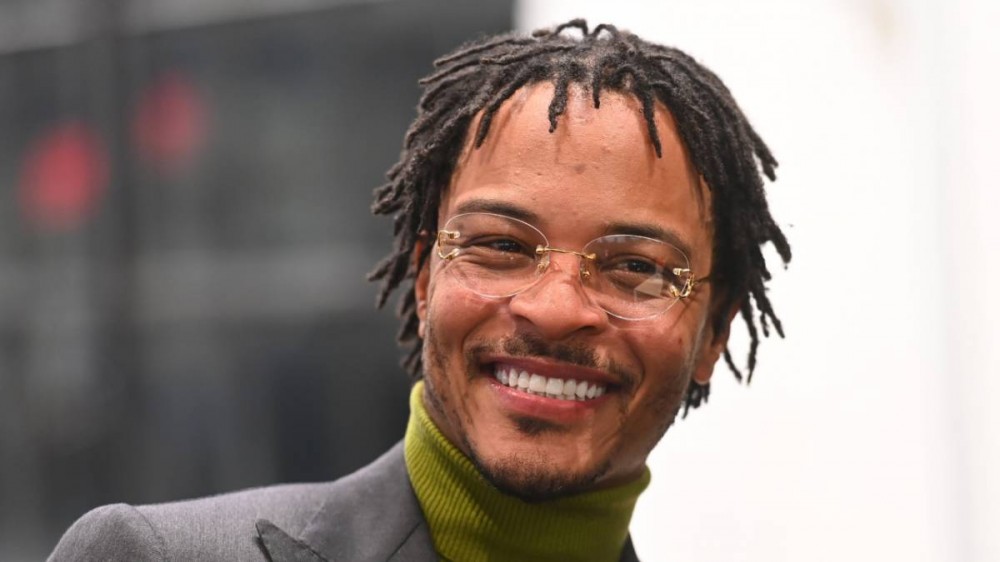 Atlanta, GA – T.I. has been recognized for his community service in his home state of Georgia.

The Grand Hustle rapper was presented with an Outstanding Georgia Citizen Award by Rep. Debra Bazemore (D-GA) at the Georgia State Capitol in Atlanta on Wednesday (August 10).

He was joined by his wife, Tiny, and sons, Domani and Messiah, at a special ceremony honoring his various philanthropic and community efforts.

“In the grand scheme of things, we are only here on Earth in this life for a short period of time, and once we leave, people won’t remember the clothes we wore or the things we have,” T.I. said while accepting the award.

“We will only be remembered by what we meant to our family, our children and what we were able to do for others.”

The awards didn’t stop there. Tip also received the Volunteer’s Achievement Lifetime Award, which was presented to him by Global International Alliance on behalf of President Joe Biden. It recognizes the rapper’s 4,000 hours of service to the United States.

“So…You spend years grinding,fighting, clawing and climbing with what feels like the weight(&Hate)of the world on your shoulders….oftentimes feeling like no one cares, notices, or appreciates your efforts, intentions or sacrifices,” he wrote on Instagram.

“then BAM God hits you it you face wit a blessing that shows you,you don’t know [shit]…. So humbled and thankful for @rep.debrabazemore63 @ambassadorpeterson @joebiden @vp & everyone else who had a hand in making this possible. Can’t thank you enough for these prestigious honors. God IS THE Greatest.”

In another post showing a close-up of his awards, T.I. added: “Thank God for @rep.debrabazemore63 @ambassadorpeterson @joebiden @vp & everyone else who had a hand in making this possible..

“I’m Genuinely Grateful for these prestigious honors…& While I don’t know exactly what they mean specifically… it sure feels good to have em #GodistheGreatest #MyGodDONTPLAYboutME.”

2 Chainz, Ludacris and Rapsody were among those who congratulated the King MC on his achievement. “Congrats Killa,” Tity Boi commented on Instagram, while Rapsody added: “Receive King. You are loved!!!”

Outside of his veteran status in the city’s thriving rap scene, T.I. continually gives back to his hometown of Atlanta through organizations like Harris Community Works and For the Love of Our Fathers.