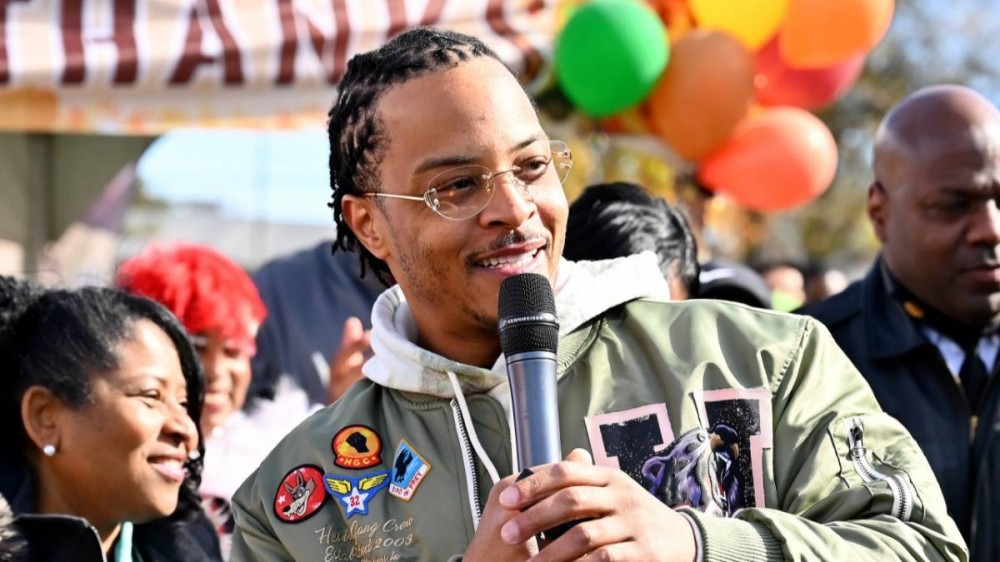 EARTHGANG delivered its fourth studio album GHETTO GODS on February 25, adding yet another chapter to its Dreamville Records story. And evidently, T.I. had some time to sit with it and come to the conclusion it’s one of the best Hip Hop releases he’s heard in awhile.

Taking to Instagram on Friday (March 4), the Hustle Gang boss shared a screenshot of the album stream and wrote in the caption, “Instant Classic. Album of the Year Type Shit. @earthgang congratulations @barryhefner @kawanprather @realcoleworld.”

EARTHGANG was appreciative of the co-sign and added a few prayer emojis in the comment section.

For Cole’s verse on “Waterboyz” featuring JID, he makes a reference to his latest album The Off-Season and proclaims that era is over.

“No more off-season, it’s capital B on my car season,” Cole raps. “If I happen to be in the mall, you catch yourself lookin’ at me, then you’re stargazin’/Know we got one with me if your heart shake/Two face n-ggas get the business, I went from rags to riches/There’s too many bags, I can’t do the math, bitch, I need a statistician.”

EARTHGANG is among the many artist who are performing at the forthcoming Dreamville Festival next month. Lil Baby will headline on Saturday (April 2) with additional performances from Fivio Foreign, WizKid, Kehlani, Blxst, Morray, Ja Rule, Ashanti and more.

On Sunday (April 3), DJ Drama will bring Gangsta Grillz to life with Lil Wayne, Jeezy and T.I., as well as sets from Moneybagg Yo, Wale, T-Pain, Bia, Rico Nasty and Larry June. J. Cole will put a nice end to the festival with a headlining performance.

The event takes place at Dorothea Dix Park in Raleigh, North Carolina. Check out the flyer below.