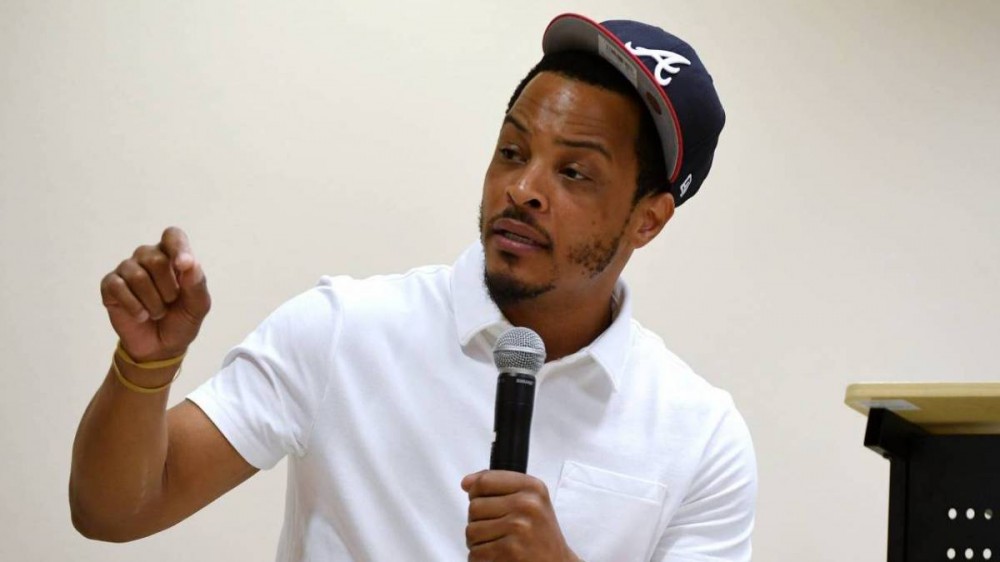 T.I. tried his hand at stand-up comedy earlier this month when performing a set at West Hollywood’s The Laugh Factory. Clips show the ATL trap pioneer touching on topics such as women getting surgery on their bodies, rules of a good marriage and more, which looked to impress the audience on hand.

One person who didn’t seem too fond of Tip’s jokes was the billed headliner for the night, Godfrey. The full-time comic recently spoke on a podcast about how he didn’t see T.I. as a comedian because he doesn’t know how long he’s even going to take the craft seriously and didn’t even watch his set.

Part 2 Comedian Godfrey Says T.I. Is NOT A Comedian, But Is Taking It Serious + T.I. Responds! pic.twitter.com/iDx0PQyptc

T.I. got wind of Godfrey’s comments and decided to fire back during an Instagram Live while walking the streets on Monday (February 22).

Tip continued to explain he doesn’t even look at himself as a comedian but rather a “superstar” entertainer.

The 41-year-old Grand hustle CEO has dabbled in various different lanes of entertainment including trying his hand in Hollywood as an actor on the silver screen. Tip continued his comedy journey on February 10 as part of Shaquille O’Neal’s Annual All-Star Comedy Jam in Los Angeles.