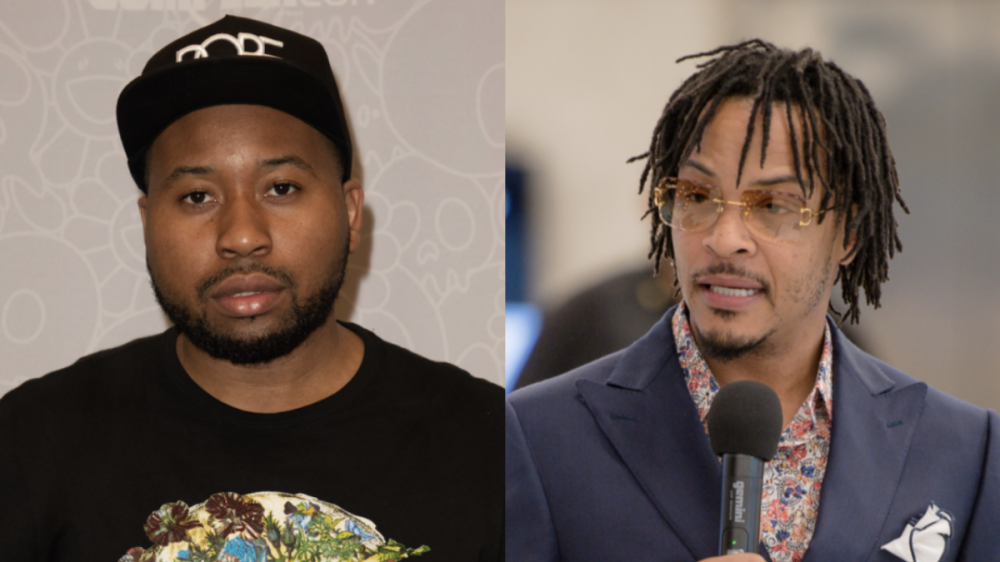 T.I. has scolded Akademiks following the internet personality’s comments about Lil Wayne‘s daughter, Reginae Carter, and her relationship history with the likes of YFN Lucci.

Tip took to Instagram over the weekend to extend an olive branch to Akademiks as he hopes they can sit down and settle their differences and better understand one another.

“I would love to have a word with Akademiks. I gotta put a call out to him and hopefully, we can communicate our way to a positive resolution. But Reginae under the umbrella, covered, that’s our business.”

The trap pioneer added another message for Akademiks in his caption, which has since been edited while defending his niece.

“[Reginae] was raised by a village who loves and protects her wit all our physical and spiritual abilities… She is MY business,” he wrote. “Hence why I’d love to handle the matter privately (which is why I been calling & txtn trying to speak with you.”

The controversy added to the list of enemies DJ Akademiks has made in recent weeks when Reginae’s mother, Toya Johnson, fired back at Ak in a post to her Instagram Story.

“@akademiks  I can’t stand men that do bitch shit,” she wrote. “Keep my daughter name out your mouth. Clout chasing is at an all time high. Let her live 23 yr old life. Worry about you and yours. Thanks.”

Akademiks made the incendiary remarks during a recent live stream on Twitch regarding Reginae standing by YFN Lucci until he was charged in a RICO indictment in May 2021.

“Reginae loved hood n-ggas. She loved YFN Lucci. That was her hood n-gga. He had ‘thug life’ tatted across her chest. I think even Wayne had thug life tatted across his chest. She loved showing up to all type of BET celebrity basketball games. She loved that. That n-gga facing 25 to life. Everything was all good with them until that n-gga caught a RICO. She seen that murder charge on that shit.”

This is far from the only battle Akademiks is fighting right now. Last week, he angered a number of rappers including LL COOL J after calling the “older generation” of Hip Hop pioneers “dusty.”