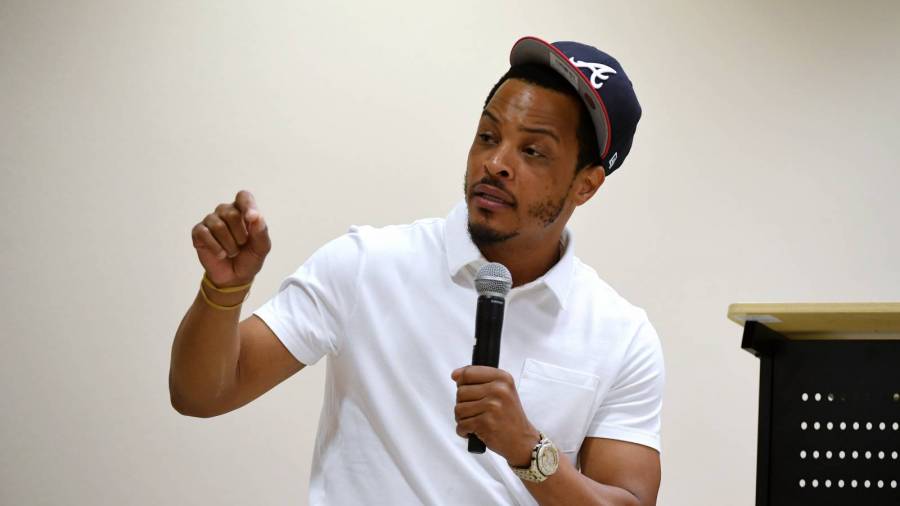 Despite their differences, Jeezy and Gucci Mane linked up at Atlanta’s Magic City strip club on Thursday (November 19) for one of the most anticipated Verzuz battles yet. Fans, friends and foes alike tuned in to see the two Atlanta heavyweights go head to head, including a couple of rappers who haven’t seen eye to eye recently — T.I. and 600Breezy.

While the battle was taking place, Tip mentioned 600Breezy’s name in the comments and stated he’ll be addressing something in the future, following a number of suspected subliminal comments since King Von’s death.

“@600breezy heard you was sayin somn bout somn that will certainly be addressed properly later on,” he said. “Let’s just enjoy this moment tho.”

The Chicago-bred rapper responded with an unamused face emoji, followed by, “On bd you think shit a game I see rashad….” 600Breezy then posted a screenshot of the exchange on Instagram, writing in the caption, “Nigga you fucked the moment up, talm bout some damn certainly….. rashad be cool this ain’t yo daddy house.”

During the Verzuz battle, Jeezy brought up the fact his and Gucci’s actions set a bad example for the young people of today, mentioning King Von among a number of other rappers who have been killed in recent years.

T.I. recently made comments about keeping trouble out of Atlanta, which were perceived to be a response to King Von’s death.

“Atlanta is a beautiful progressive city filled with black excellence,” he said on Instagram. “We uplift each other & win together. Stop coming here to kill each other. That shit is played out. Management. Handle YOUR beefs in YOUR city. Thx in advance.”

“This really go for all the people who watching our culture and be tryna call Chicago niggas bitches for all the shooting we doing,” he said on Instagram Live. “Y’all clearly seen folks was putting hands on that nigga – beating the fuck out of him! Like, beating his ass! Von a skinny nigga – he really put hands on him and you see what happened.”

He continued, “So I just want everybody to look at this shit and understand Chicago’s point of view from the culture. My first time ever getting shot at was for me breaking a nigga jaw. Niggas coming to my school every day tryna kill me over fistfights. My homie just got took out his glow over a fistfight. Just see where we coming from! Like, see where we coming from. That’s it, that’s all I’m saying. Folks and them would have been blowing from the jump if that was what it was. Folks use hands! So that’s all I’m saying.”

Shortly after, T.I. claimed his comments had nothing to do with Von’s death and offered his condolences.

“I don’t speak on my allies,” he wrote on Instagram. “My last post had nothing to do with King Von. Y’all grossly mistaken, I have no motive or intention to do harm or malice to cats I’m cool wit. My family’s heart goes out to them & I’ve expressed this to people in his life that matter most in this situation. That’s all I’m concerned with.”