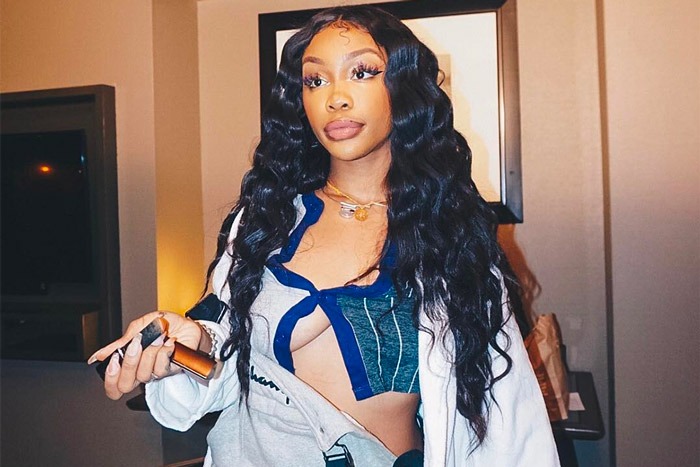 Fans have been waiting over three years for a new album from SZA, but the singer is shedding light on the reason behind the lengthy delay.

Taking to Twitter on Wednesday night, the TDE signee called out her “hostile” label, Top Dawg Entertainment, after fans asked why it was taking so long to release music.

“At this point y’all gotta ask punch. I’ve done all I can do,” she tweeted in reference to TDE president Punch.

When one fan asked Punch for an ETA on new music, he responded, “Soon.”

SZA told the fan that she has received the same response from Punch. “This is all he says to me as well. Welcome to my fucking life,” she tweeted.

She also described her relationship with the label as “hostile.” “Would you saaay this is an adverse or hostile relationship orrr just out of your hands = you don’t know,” asked another fan, to which SZA responded, “BEEN hostile.”

#FreeSZA trended on Twitter after SZA revealed that her relationship with her label is “hostile” and that they have been delaying her music. pic.twitter.com/c0VzKl9M5X

Following her comments, the hashtag #FreeSZA started trending and fans called for her release. Punch retweeted some of the criticism while addressing SZA’s supporters who called out TDE for mistreating their only female signee.

“I am a person and you guys are hurting my feelings,” he wrote in one tweet, adding, “I’m gonna remember you ni**as once the meet and greets pop off again.”

I am a person and you guys are hurting my feelings.

I’m gonna remember you niggas once the meet and greets pop off again.

Aww man come on @iamstillpunch This looks really bad on your part and TDE. This is how you treat your female artist? And not just any female artist…SZA? We just want the music, stop all the extra. https://t.co/0u5vqZxmVR

SZA’s sophomore album has been a long time coming. She has been teasing the follow-up to 2017’s Ctrl as well as a project consisting of unreleased tracks.

She has detailed her relationship with her label in the past. In 2017, she told The Guardian that TDE had to intervene in the recording process for Ctrl.

“They cut me off,” she said. “They just took my hard drive from me. That was all. I just kept fucking everything up. I just kept moving shit around. I was choosing from 150, 200 songs, so I’m just like, who knows what’s good any more?”