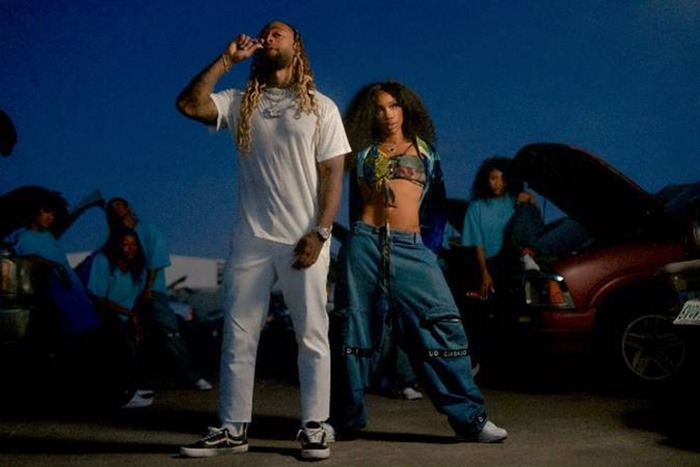 After much anticipation, SZA returns with the surprise release of her new song “Hit Different” featuring Ty Dolla $ign. Produced by The Neptunes, the mid-tempo bop showcases SZA’S hypnotic melodies alongside Ty’s smooth flow. Along with the song, she has released a stunning video, marking her directorial debut.

“Hit Different” is the first new music from SZA since teaming up with Justin Timberlake on “The Other Side” from the Trolls World Tour soundtrack. Last month, SZA tweeted about a “hostile” relationship with her label TDE. The hashtag #FreeSZA started trending and fans called for her release, but SZA later clarified her comments.

“Don’t nobody need to free me Lmao I’m not held hostage n neither is my music!! me n punch be disagreeing ..hes never steered me wrong and I trust Gods timing,” she tweeted.

It’s been three years since SZA released her debut album, but it looks like the long-awaited follow-up to Ctrl is finally nearing a release.