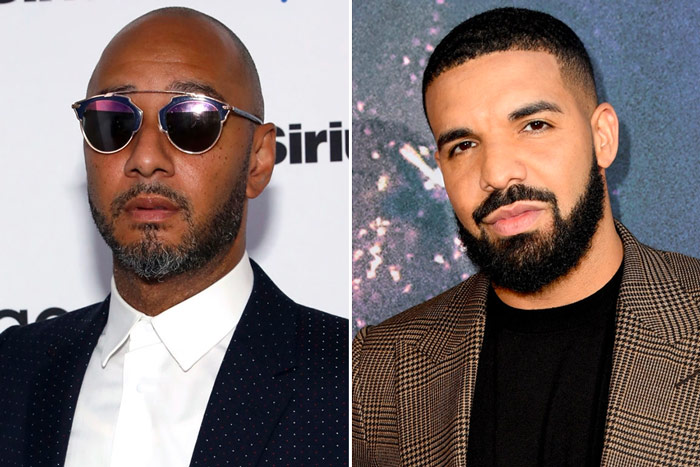 The super-producer is putting the 6 God on blast. During a conversation with Busta Rhymes on his “Zone Live” Instagram show on Saturday, Swizz called Drizzy a “pussy boy” while discussing a J Dilla-produced collaboration with Busta and Drake that recently leaked, reportedly titled “Stay Down.”

“Drake wanted to get some production from Dilla and he knew that I had it,” said Busta, according to XXL. “We was talking about him working with Dilla with some of the stuff I had in the stash. You know, I ain’t gon’ front. Drake is definitely one of the prominent MCs that I’m a fan of. And, interestingly, when he did the record, it wasn’t even something that we planned to do together. It was something that he did and it didn’t happen where it was supposed to happen. And when I saw that it was laying dormant, I thought that it was only right to try to complete the record.”

Busta said that he and Drake were never able to “work it out so that we could put it out.” When Swizz asked why, Busta said he “never knew what the reason was” and that they “didn’t really get a chance to discuss it.”

That’s when Swizz weighed in. “It’s a big pussy boy,” he said before playing a clip of the unreleased track and throwing his hands in the air.

Later, Busta explained that Drake was more interested in the J Dilla beat than collaborating with him. “I don’t want to get it misconstrued,” added Busta. “He didn’t come to me to make a record with me. He wanted to do Dilla beat. Dilla beats. That’s what it was about. That’s all I’m saying.”

Swizz went on to call Drake a “good kid.” “He’s not a bad kid, he’s a good kid. He started from different things. We made hit records together, it’s all love. I don’t want no problems with anything,” he said.

But he wasn’t done taking shots either. “At the end of the day, ni**as is pussy for real. What’s up? Pop off. Let’s go,” added Swizz.

After his comments spread online, Swizz responded by apologizing for dissing the “Toosie Slide” rapper. “I was in the wrong space. I was in the wrong energy,” he said in a video posted Sunday. “I hate that my kids and other people got to see me be on that side. I was a little nice, I was a little excited. I definitely spoke on some things that I definitely shouldn’t have spoke on.”

He continued, “As a G, I’m man enough to say that I did that on platform and I wasn’t supposed to do that like that ’cause I wouldn’t respect somebody else if they did that like that.”

Drake hasn’t addressed the comments, but his right-hand man, OVO Chubbs, came to his defense. “We don’t need no apology,” he wrote on Instagram Stories. “Its clear you don’t like us so act that same way when you see us. Pussy.”

Chubbs from OVO sends out a message to Swizz Beatz for Dissing Drake 👀 pic.twitter.com/brjThb9gzb