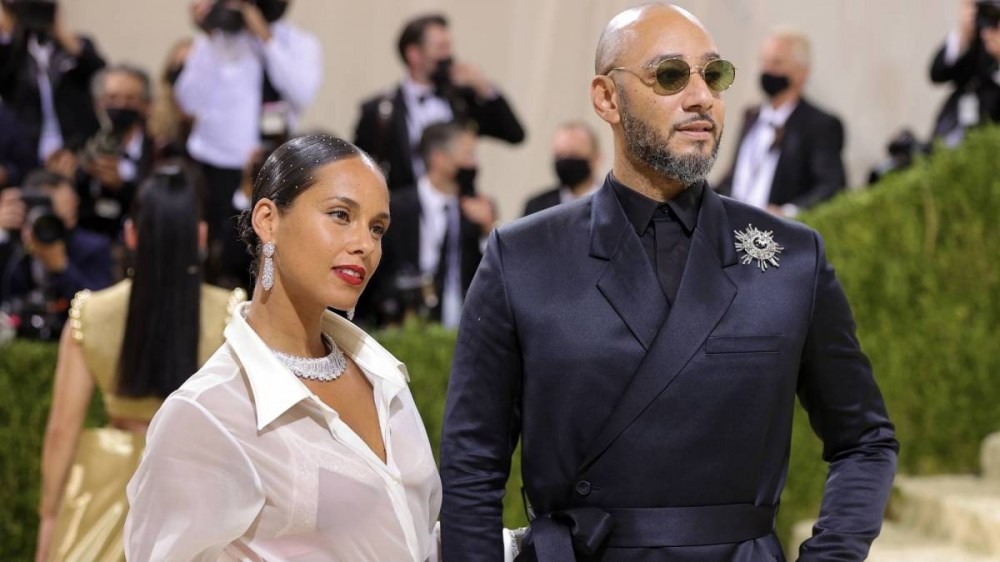 Swizz Beatz and Alicia Keys are in a celebratory mood as the couple ring in their 12th wedding anniversary.

On Sunday (July 31), the Deans took to their respective Instagram pages to celebrate another year around the sun as a married couple and their messages were nothing short of touching.

“Today 12yrs ago I married my best friend Every sec has been filled with love and adventures The best part is we didn’t even start yet Love you 4 life Queen Happy Anniversary 12yrs THEM DEANS,” Swizz wrote.

Alicia Keys had a much longer tribute to her husband. “This is the day we got married! Look at these cutie pies!! Those same stars are still in our eyes And it’s only getting better!!!!” Keys wrote. “When we said our vows we wanted our love to never be about controlling each other, or being the boss of each other We set each other free.”

As the caption went on, the “Girl on Fire” singer said she and her husband are “best friends” who “love each other with open arms and an open heart.” She also can’t believe she made it to year 12 with Swizz explaining: “There’s no love more precious than this!”

The New York City natives tied the knot in July 2010 and started their family three months after the wedding. Swizz and Alicia welcomed their first child, Egypt Daoud Dean, in October, followed by their latest, Genesis Ali Dean, in 2014. In total, Swizz Beatz has five children, with three coming from prior relationships.

The producer doesn’t play around when it comes to his wife either. In May, Swizz had to check Joe Budden who agreed with a fan on Twitter that felt Alicia Keys’s performance on the 2004 track “Diary” wasn’t all that great. Joe didn’t respond but deleted his comment under the post calling out Alicia.

“King Knock it all the way off!” Swizz said. “Let’s not do this! I never get into your zones! Leave my wife out of everything but greatness! Please ……..”

Elsewhere, Swizz Beatz and Timbaland have partnered with Lena Waithe for a feature-length documentary chronicling the rapid rise of their Verzuz battle series within the larger context of Black musical innovation.

Produced by Waithe’s Hillman Grad Productions alongside Amazon Studios and Good Trouble Studios, Gifted & Black “explores the traditions of Black music to connect, going from the plantation to the Pulitzer Prize.” Featuring interviews, vérité and archival footage, the documentary highlights how Black music uplifts, unites and offers salvation through times of uncertainty.