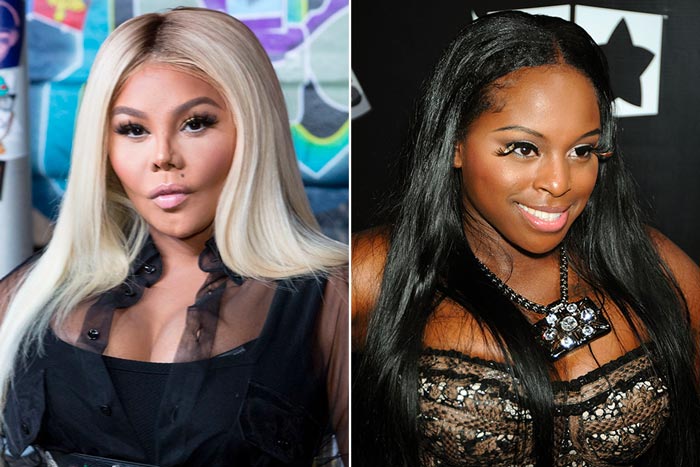 Fans have been anticipating a Lil’ Kim vs. Foxy Brown Verzuz battle, but they may have to keep waiting.

Rumors recently surfaced that the rap rivals were planning to squash their long-running feud and come together for a Verzuz battle after Foxy’s brother Gavin Marchand allegedly revealed on the social media app Clubhouse that “the paperwork for a battle between his sister and Lil’ Kim had recently been completed,” according to Showbiz Cheat Sheet.

Fans flocked to social media to share their excitement over the prospect of a Kim vs. Foxy matchup. “if the foxy and lil’ kim verzuz does indeed happen, i will have to take off of work and cancel everything. for several days perhaps,” tweeted one fan.

if the foxy and lil’ kim verzuz does indeed happen, i will have to take off of work and cancel everything. for several days perhaps. 😭

But those dreams were quickly dashed when Verzuz creator Swizz Beatz was asked directly about the potential pairing. “No!!!!! Not confirmed !!!” he replied to a tweet from an inquiring fan.

Lil’ Kim and Foxy Brown have had bad blood for over two decades. The Queen Bee fired shots at Foxy on the title track off her 2000 album The Notorious K.I.M. and the Ill Na Na responded with her verse on Capone-N-Noreaga’s “Bang Bang” the same year. Things took a violent turn when their entourages ran into each other outside Hot 97, resulting in 21 gunshots. Foxy attempted to reconcile with Kim after the shootout, but Kim allegedly refused and was jailed for lying during her grand jury testimony.

While Kim vs. Foxy may not be happening, R&B queens Ashanti and Keyshia Cole are scheduled to face off during a highly-anticipated Verzuz this Saturday, Dec. 12, at 8 p.m. ET.