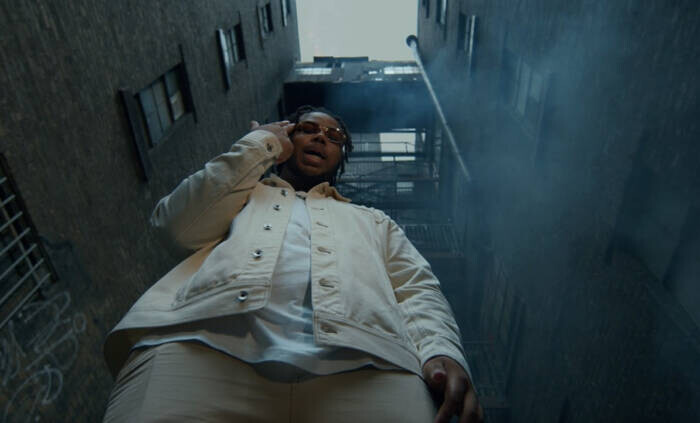 With a distinctive high-pitched rap voice and an unfiltered lyrical point-of-view, Swavy transcends an unorthodox upbringing to become one of Toronto’s most promising new artists. Today, he releases the Zac Facts-directed visuals for “Old Ways,” his latest effort; watch HERE.

Carried by a bright acoustic guitar melody and overtones of dramatic drums and bass, courtesy of Canadian producer Rick Anthony, CashOutBernard and Jacob Lincoln (Peewee Longway ) “Old Ways” paints a vivid picture of the 21-year-old’s hustle lifestyle, complete with shots of him and the crew washing loads of cash in the laundromat and solo shots of Swavy in a tan & white fit. All the while, Swavy maintains his street-level perspective, reflecting on steering clear of the drama and his bad habits “Don’t involve with none of this internet beef/ I’m just watching it escalate / I mind my business I shower I hop in the club out the Escalade /It’s been way way back when I was trapping can’t go to my old ways”.

Beloved in his city and co-signed by the likes of Drake, Meek Mill, and Popcaan just to name a few, Swavy is ready to achieve his lofty ambitions. Stay tuned for much more music and visuals from Swavy coming soon.