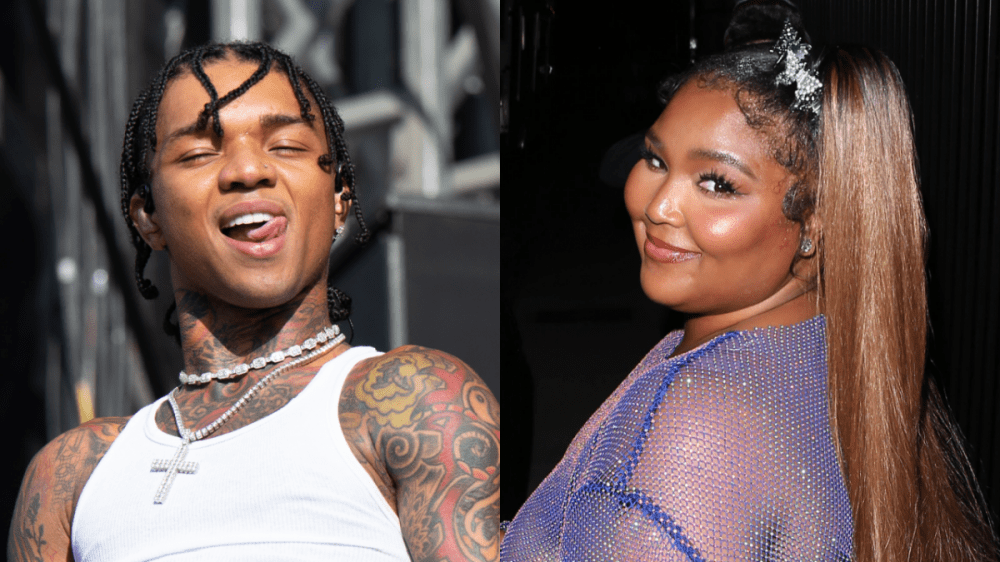 Cardi B‘s 29th birthday party on Monday night (October 11) made the headlines — but not just because of the swanky Dominican Republic mansion Offset bought her as a birthday gift.

One of just many A-list names who attended the dancehall-themed party at L.A. River Studios, whose guest list included Megan Thee Stallion, Quavo and Snoop Dogg, Lizzo turned heads with a see-through dress that left little to the imagination. Her glittery purple dress was accompanied by only pasties (which she wore over her nipples), a thong and a pair of Jimmy Choo shoes.

Lizzo’s half-naked ensemble didn’t just grab the attention of her fellow party goers, though; she also caught the eye of Swae Lee, who thirsted over the “Truth Hurts” singer’s barely-concealed curves on Twitter.

The Rae Sremmurd hitmaker, who famously rapped about “bad bitches” being his only type, left three eyes emojis and two love heart-eyes emojis under Lizzo’s collection of, ahem, “glitterous” snaps from Cardi B’s birthday bash in the early hours of Thursday morning (October 14).

Ironically, Lizzo drew the ire of Rae Sremmurd fans back in 2019 over accusations that her hit single, “Truth Hurts,” jacked the melody from Swae Lee and Slim Jxmmi’s earlier smash, “Black Beatles.”

No lawsuit was brought forward, although a judge sided with Lizzo in a separate case involving “Truth Hurts,” in which three musicians sought royalties claiming they co-wrote the song.

Still, that clearly hasn’t stopped Swae Lee from lusting over Lizzo — and it appears that’s not all he’s after. Back in June, the EarDrumers rapper revealed Rae Sremmurd’s upcoming album SremmLife 4 will feature a guest appearance from the 33-year-old Grammy-winner.

“One of the ones I’m most excited about — I hope Slim Jxmmi, don’t be mad at me — but we got a song with Lizzo,” he told Hollywood Life. “It is just super banging.”

In the meantime, check out more photos of Lizzo’s outfit from Cardi B’s birthday party below.