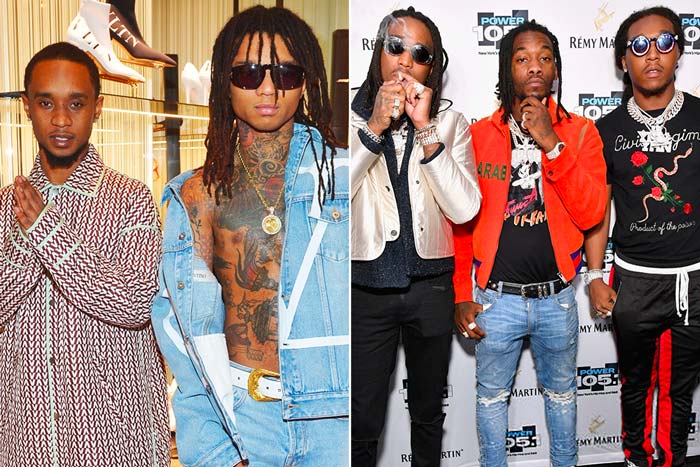 Rae Sremmurd is ready to throw down with Migos.

Swae Lee says he would be open to a Verzuz battle with the Atlanta trio. Speaking with Power 106, one half of Rae Sremmurd responded after it was suggested that he and his brother Slim Jxmmi take on Offset, Quavo, and Takeoff in Swizz Beatz and Timbaland’s popular Verzuz series.

Despite his confidence in his own catalog, he feels it would be a fair matchup. “That would be good ’cause they got some hits,” he said of Migos.

Swae is currently cooking up more hits for his forthcoming solo album Human Nature. Last month, he dropped his latest single “Dance Like No One’s Watching.”

And another battle is in the works. On Friday, Swizz teased that an announcement was imminent.