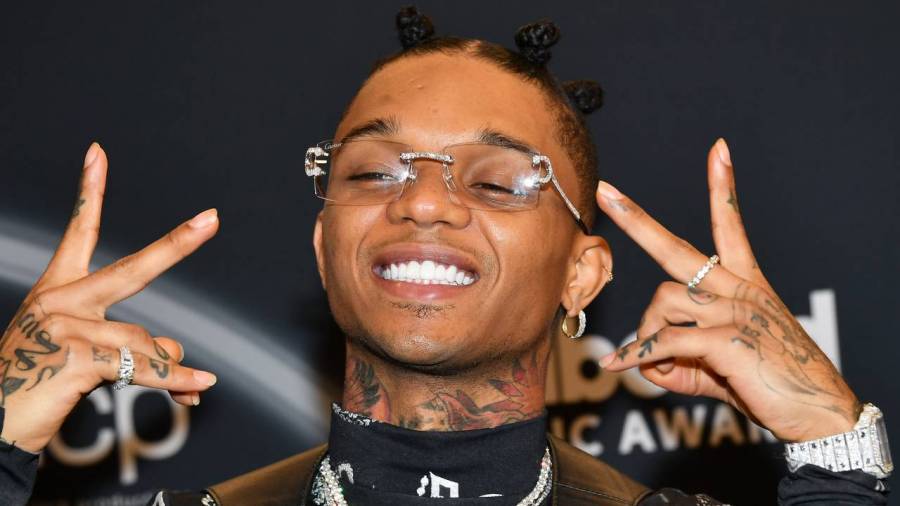 For the 2018 comic book film Spider-Man: Into the Spider-Verse, Swae Lee teamed with Post Malone for the smash hit “Sunflower.” The song topped the Billboard Hot 100 and was nominated for Record of the Year and Best Pop Duo/Group Performance at the 62nd Annual Grammy Awards.

Now, Swae Lee is back and looking to repeat that same success for his new song “In The Dark” featuring Jhené Aiko. The song appears on the soundtrack to the upcoming Marvel Studios film, Shang-Chi and The Legend of The Ten Rings. On the song, Swae Lee tells an ex to give him the respect he deserves for upgrading her life.

Aiko comes in with a verse reassuring her man that she isn’t going anywhere and will weather the emotional storm of breaking up.

It’s too early to tell what “In The Dark” will do on the charts, but if it’s anywhere close to what “Sunflower” did, Swae Lee can expect a lot of success from it. In May, Swae Lee and Post Malone saw their collaboration hit an impressive milestone by going 12X-platinum, according to an Instagram post by OurGenerationMusic.

Stream “In The Dark” below.