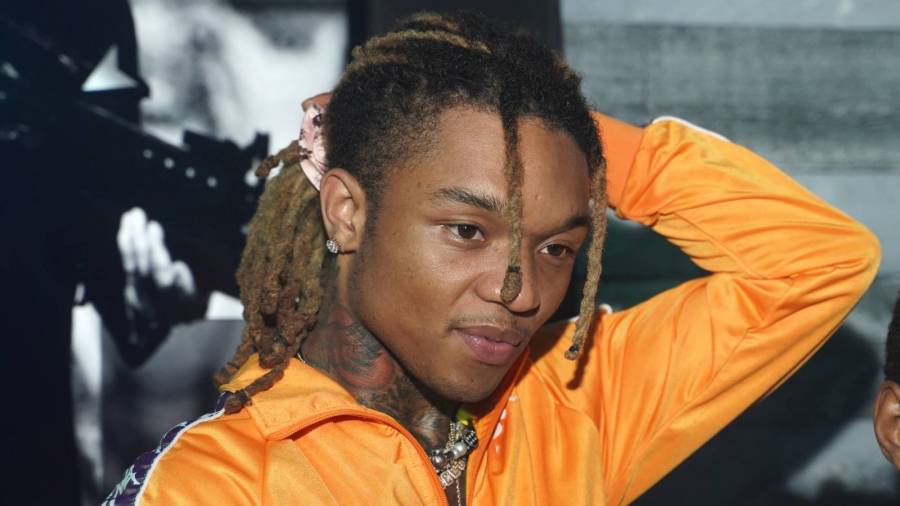 Swae Lee could potentially lose a career’s worth of unreleased music if he isn’t careful. The Rae Sremmurd rapper revealed he lost his hard drive at Los Angeles International Airport on Monday (December 14), but the alleged founder appeared to reach out to him via Instagram Live on Thursday night (December 17).

Using the handle @swaeleeharddrive, the anonymous user proved they had the belongings by showing each item left in the bag, including his hard drive, watch, cash and mask — all while using a distorted voice to mask their identity.

“That’s what I like to see,” Swae Lee said in response.

Swae Lee lost his hard drive and this nigga really got on his live with all his shit. This is crazy 😂 pic.twitter.com/pGchWlOEyw

The user posted a series of messages to their Instagram Stories, in which they stated they wanted upwards of $150,000 to hand over the hard drive.

“Follow my Twitter too ima start leaking shit on god if he don’t pay for what it’s worth,” he wrote. “I need 150 n up for his music. I’m actually a huge fan. This is really a wild dream come true. Ill give the harddrive back if I could get a picture or a feature with @champagnepapi & @swaelee together.”

They added, “And stop reporting me you idiots. If they ban me he won’t have a way to get his hard drive back. Look how many fake pages of me were made… but I’m here for the clout ???”

@swaeleeharddrive also posted a photo of the items to their Instagram feed with the caption, “20k comments and I’m dropping a @swaelee song.” The user then shared a snippet of some apparent unreleased music while wearing a mask associated with the Anonymous group, writing, “How you gone try to play me like a sucka or sum.”

Swae Lee initially offered $20,000 for the person to return his music, but it looks like he might have to dig a bit deeper in his pockets to get it back.

“I got 20K for anyone who found my hard drive @LAX T2 delta airlines this morning,” he said on Monday (December 14). “All my songs are on there.”

The ball is now in Swae Lee’s court.