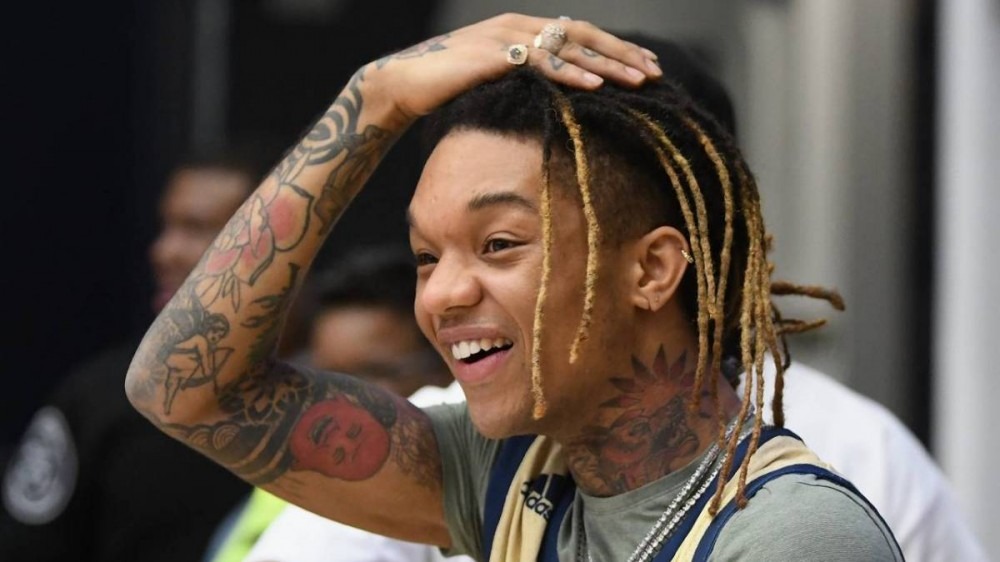 Swae Lee is reportedly the father of a 1-year-old daughter and now, he’s seeking joint physical custody of the child. According to TMZ, the Rae Sremmurd rapper fathered the child with Brazilian model Aline Martins in 2020 and just filed legal documents in Los Angeles seeking 50/50 custody.

Martins spoke on the subject with a Brazilian publication last year, saying at the time, “I would like him to give love and be a present father, but I won’t be humiliating myself either. I think my daughter doesn’t deserve that.”

Lee has reportedly been giving Martins money for the child, but she claimed she was $15,000 in debt due to prenatal care, rent and other expenses. Lee is expecting another child with his current girlfriend Victoria Kristine. The couple announced the baby’s impending arrival in August with multiple Instagram posts.

Alongside photos of the safari-themed baby shower, she wrote in the caption: “Our little wild one is on the way.” She then confirmed they’re expecting a baby boy by writing “SON OTW @swaelee” on her Instagram Stories, before showing off a new Land Rover, apparently from the platinum-selling artist.

Many assumed the baby is Swae Lee’s first, but apparently he’s been a father since 2020, something he’s always wanted. Speaking to Office Magazine that same year, he talked about his hopes for the future.

“I’m working on my album, and I’m working on [SREMM4LIFE],” he said. “And I’m working on Human Nature, my debut album as a solo artist. For 2021, I hope we can all just get along. That everybody can get along, that I can get this album out, and that we can go back outside, and that people can just see people for who they are, the good in people.

“And that people can meet in the middle and be true and that everybody can live their truth and find happiness. And spread joy for years and years, for my kids and their kids, and their grandkids’ grandkids.”