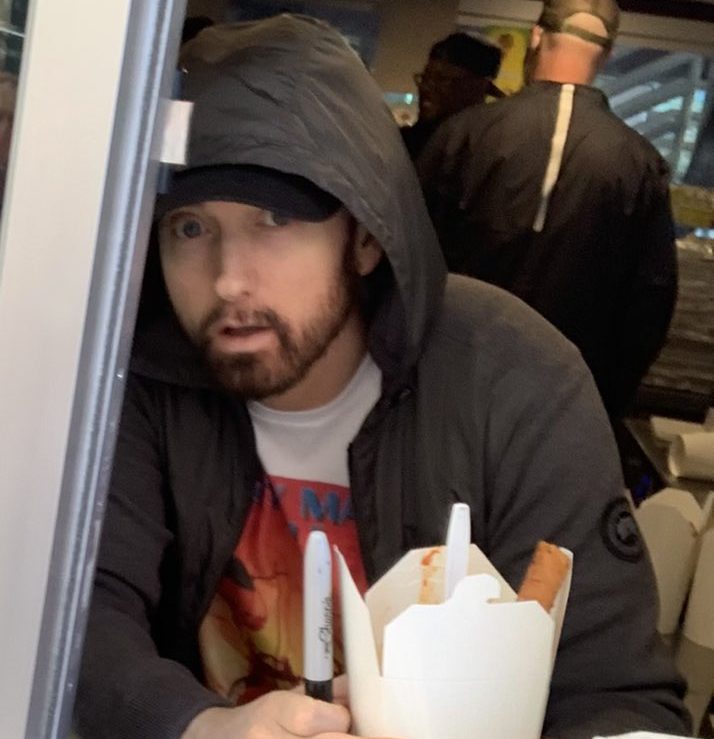 Eminem fans got way more than they bargained for when the real Slim Shady delivered their food at his new spaghetti restaurant.

The rapper just opened a new restaurant in Detroit called Mom’s Spaghetti, and the line of Eminem fans stretched for blocks at Wednesday’s grand opening.

What the fans didn’t know was that the first ten orders would be served by the rapper himself.

The Eminem stans looked thrilled as they took selfies with the Rap legend. One fan was in tears, and said Eminem even gave her a hug and signed her spaghetti container.

The name of Em’s restaurant is in reference to a line from his 2002 hit “Lose Yourself.”