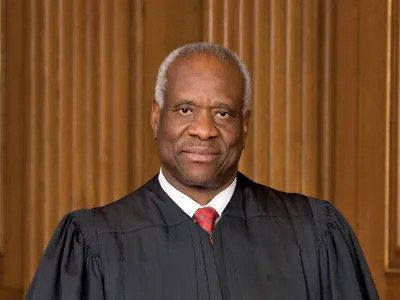 Prince was at the center of intense legal discussion and argument at the Supreme Court on Wednesday, as the Court held arguments in the case of Andy Warhol Foundation For The Visual Arts, Inc. v. Lynn Goldsmith.

This is a copyright case involving late artist Andy Warhol and celebrity photographer Lynn Goldsmith.  And of course, Prince.  In 1981, Newsweek magazine hired Goldsmith to photograph Prince.  Newsweek never used the photos, and Goldsmith retained the rights to the photos.  Three years later, Vanity Fair hired Andy Warhol to create an image of Prince for the cover and licensed one of Goldsmith’s earlier photos for him to use.  The license was limited to that single use only.

Goldsmith has now claimed that Vanity Fair never told her that Warhol was going to use her photo, nor did they tell her that he had created 15 additional silkscreen illustrations based on her photo.   Each illustration directly copied the shape and delineation of Prince’s face from the photo, but changed the color and the tone.  Those illustrations were subsequently sold by Warhol for hundreds of millions of dollars, which Goldsmith did not discover until 2016, around the time that Prince died and there was increased demand for the illustrations and their reproductions.  Goldsmith claims the copyright in her original photo was infringed and seeks millions in unpaid licensing fees.

The Warhol Foundation has argued that Warhol’s creation of the illustrations was a “fair use” and there has been no copyright violation.  Fair Use is a legal doctrine in copyright law that permits unlicensed uses of copyrights under certain circumstances.   Courts consider four factors to determine fair use: (1) the purpose and character of the use (i.e., commercial vs. educational); (2) nature of the copyrighted work (i.e., news vs. creative works like movies or songs); (3) the amount and substantiality of the portion of the work used; and (4) the effect of the use on the market or value of the copyrighted work.

The key factor in this case is the first – in particular, whether Goldsmith’s original photo was “transformed” by Warhol to such a degree that a new meaning or character is present.  The Warhol Foundation argues that the Warhol’s illustrations “transformed” the photo by rendering it more “flat,” “impersonal” and “mask-like,” and thus imbuing it with new meaning.  Goldsmith argues that there is no new meaning, the illustrations are effectively still her photograph with minor changes.

The case is particularly difficult, as the Justices observed on Wednesday, because it requires courts to make judgments concerning artistic value.   The Court’s eventual decision may have a substantial effect on the creative process.

The Supreme Court arguments led to some lively exchanges.  Prior to asking his first question, Justice Clarence Thomas allowed that he had been a Prince fan “in the 80s.”  When asked by Justice Elena Kagan if was still a fan, he replied “only on Thursday nights.”

Unfortunately, Justice Thomas did not provide any further explanation of what he meant by this statement.