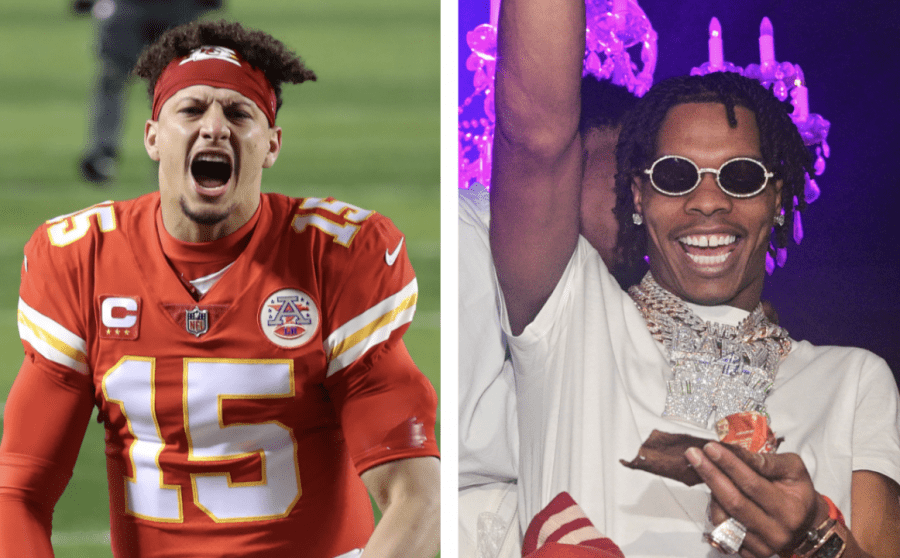 KANSAS CITY, MO – Patrick Mahomes has his sights on winning back-to-back Super Bowls after disposing of the Buffalo Bills on Sunday (January 24) in a 38-24 thrashing that wasn’t as close as the score sounds. When he’s not slinging 50-yard bombs to Tyreek Hill, Mahomes also keeps his ear to the streets and is up on some of what’s trending in Hip Hop.

Prior to Sunday’s AFC Championship Game, the NFL MVP posted a hype video soundtracked by Lil Baby’s latest single “Errbody.” The motivational clip featured a pre-game speech from Mahomes and highlights from last week’s Cleveland Browns win, which saw him knocked out of the game in the third quarter with a concussion.

Kansas City native Tech N9ne shared a couple of DMs between himself and the Chiefs’ star quarterback giving him some words of encouragement ahead of his battle with the Buffalo Bills.

“When people ask me about your skill, all over the world I respond the same and say ‘I L9VE HIS STYLE CAUSE HE’S FEAR-LESS,” the Strange Music head wrote. “He ain’t trippin on who’s comin cause he’s just GOIN! L9VE bruh bruh!”

Mahomes actually responded a few hours later in approval, “Appreciate it, you my man!”

When No. 15 and the Chiefs arrive in Tampa Bay for Super Bowl LV, they’ll be greeted by Tom Brady and the hometown Buccaneers, who will become the first team to host a Super Bowl in their home stadium come February 7. During the heavyweight battle of legendary quarterbacks, The Weeknd will perform as this year’s halftime show.

Brady also showed love to the Hip Hop world with Pop Smoke’s “Got It On Me” playing in the background of his pregame highlight reel and he used Diddy’s “Bad Boys For Life” in a post when heading home with the win from Green Bay over the Packers on Sunday signifying that the 43-year-old isn’t going anywhere.