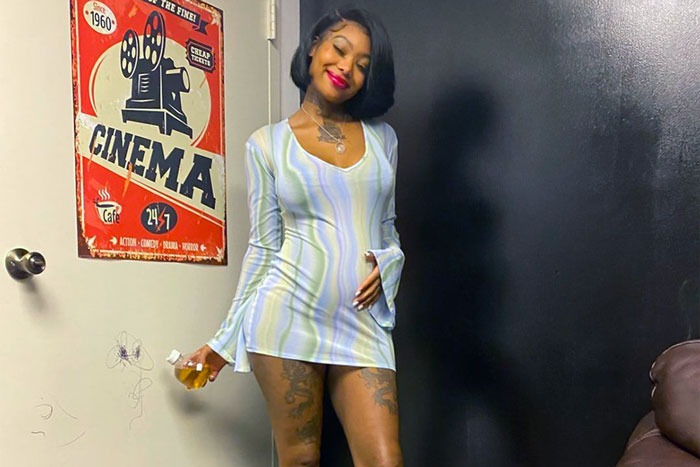 Congratulations are in order for Summer Walker.

The “Girls Need Love” singer is seemingly pregnant with her first child. The mom-to-be made the surprise announcement on Friday, sharing a photo of herself holding her baby bump and smiling. She captioned it with a series of halo face emojis and turned comments off.

Walker did not say who the father is, but she has been in a longterm relationship with London On Da Track. Last month, she hinted that she and the producer had split.

“Officially single lol,” she wrote on IG Stories. “Eventually you have to give some kind of a f**k about yourself.”

However, London denied the breakup report. Earlier this week, he confirmed that they were still going strong, posting a photo of the couple on a picnic. The word “Baby” is tatted on Walker’s hand.

In addition to motherhood, Walker is celebrating the first anniversary of her debut album Over It with the newly-released Complete Set. The two-disc collection features the original 18 tracks, plus live performances, acapellas, and instrumentals.