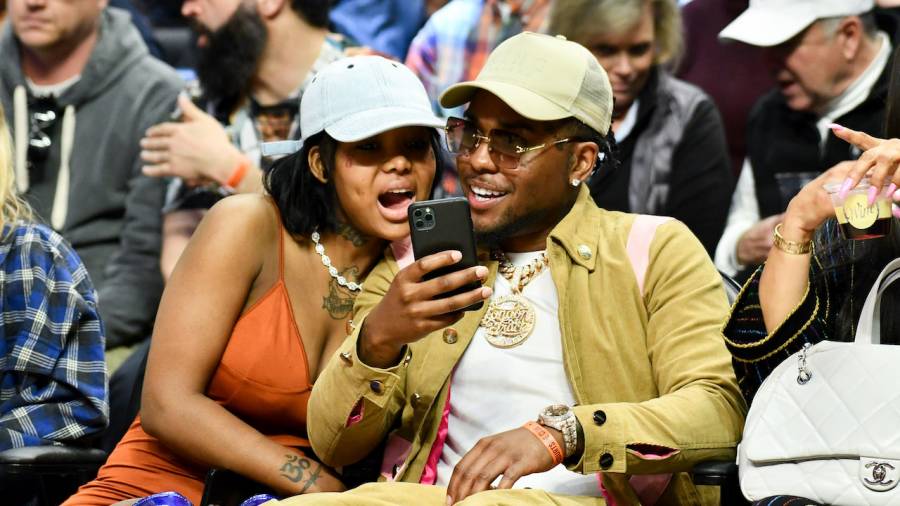 Summer Walker is officially expecting a bundle of joy.

The Over It singer revealed on Instagram Friday (November 20) she was pregnant with her first child. The surprise announcement came with a photo of Walker clutching her growing baby bump and smiling. She turned the comments off on the post and merely wrote a series of halo face emojis for the caption.

Although there were breakup rumors between she and producer London on da Track, the couple is still going strong and recently shared a picnic together.

The pregnancy reveal from the “Girls Need Love” singer caused many to dig up receipts from statements she’s made earlier this year in regards to parenting and feeding children. She was critical of the mothers of London’s other children, called out fans in regards to celebs not having to publicly reveal their pregnancies and was vocal about how parents feed their children.

She took to Instagram in August and wrote, “Y’all weird for even giving babies that processed government shit. Throw some real fruit/veggies in a blender and give it to them. LOL revisiting cause [people] kept saying it’s too expensive.”

Walker’s good news comes on the heels of the release of the “complete” version of her Over It debut album. The re-release contains the original album along with live versions and acapellas of songs such as “Come Thru,” “Girls Need Love” and more.

As vocal as Walker has been in regards to R&B music, fans have been just as vocal about her pregnancy announcement. Numerous fans brought up her food comments in regards to parenting children and decided to go in. One user shared a clip of reality star Miss Juicy digging in her garden with the caption, “summer walker making dinner for her kids.”

Others decided to weigh in with even more snark and jokes for the singer. See the reactions below.

Sooo summer walker literally cussed people out for being hype that she was pregnant, just to announce that she’s pregnant? pic.twitter.com/Xp4617Hcgt

Summer Walker the same woman that said a baby can live off a pear, an apple, 3 peas and water a day is pregnant pic.twitter.com/paBxUxvx6m

So Summer Walker – who taunted all three of London’s other baby mommas for being baby mommas to which he wasn’t paying child support for or in their lives, argued about feeding babies three pears a day and is generally just STOOPID- is now pregnant by said London… pic.twitter.com/LNnnhI0A3q

Summer Walker new born baby after she tries to feed it water and vegetables pic.twitter.com/k9y8mZi8Tk

How summer walker finna be feeding her kid pic.twitter.com/zVMZRrCpnC

Summer Walker's baby after the 4th serving of apples and peas in a day pic.twitter.com/GmuzMAPFsm

Summer walker announcing she’s pregnant after coming for other baby mommas and yelling at us for asking her if she was preggers pic.twitter.com/r6MQ7jOOwA

Summer Walker’s baby when she comes out the kitchen with leaves for the 6th day in a row pic.twitter.com/wGiYF5sJrF

summer walker putting her baby in the corner after it didn’t eat fresh leaves pic.twitter.com/RUU2J5dxXV

Summer Walker had all that shit to say about baby mamas…

all we can do is pray for summer walker's baby at this point 🤷🏽‍♀️ it's out it our handspic.twitter.com/bH2kbI5dSn