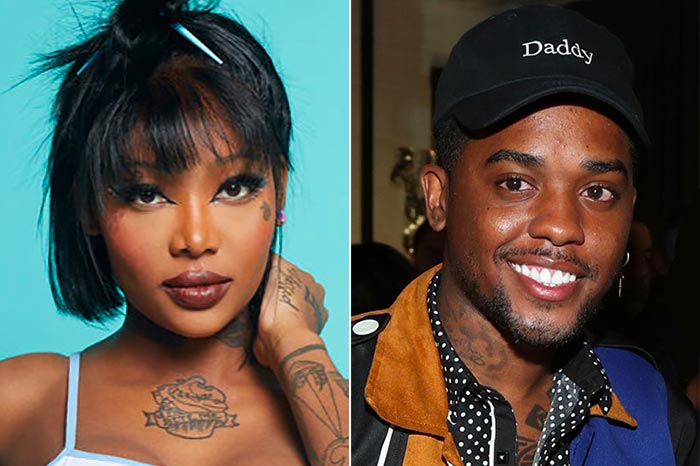 After announcing her pregnancy last week, the “Playing Games” songstress is airing out London On Da Track. In a series of Instagram Stories over the weekend, she put the father of her unborn child on blast, claiming he is a deadbeat dad.

“I should really out this bum ass ni**a @londonondatrack. I could really f**k up life,” she wrote, adding, “lol but I’m not… for now. lol… for now ima just take my l.”

In the posts, which have since been deleted, Walker took more shots at London as well as her own family. “black men gotta start doing better when it comes to being a father. my grandfather lame, my father lame, & dis ni**a lame,” she wrote. “lol and I guess the cycle will just continue. I guess ni**as still dealing with the shackles of mental slavery or some sh*t, back when white men ripped you from your families and beat you to death if you tried to protect them. It goes deep. Sh*ts really sad.”

She went on to call London and her family “ghetto,” and said she tried to step in to no avail. “Everyone ghetto. It was all so ghetto. I tried to get him to spend time with his other kids as much as I could. He ain’t want to cause he selfish,” she said. “I tried to get his baby mamas to let him see the kids, they didn’t want to cause they was bitter & hated me for no reason. I tried to get, everybody to just get the f**k along like one big happy family and instead everyone just sh*t on me. & now I just have the sh*t end of the stick cause all these mf’s is G H E T T 0.”

But she’s over it all. “Well I guess i’ll just put it all in an album, collect my millions, and be on my marry way,” Walker said before adding, “But at least I can afford to take care of my child.”

Earlier this month, Walker announced that she was pregnant with her first child, revealing a photo of her baby bump. The father is reportedly London. The two have been in an on-again, off-again relationship. In October, Walker said she was “officially single,” but London denied the breakup, posting a photo of the two together.