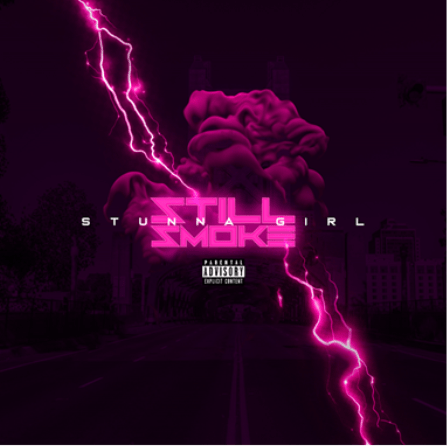 Reupping Axel Foley’s classic theme from Beverly Hills Cop, she shreds through the REEFA produced beat with teeth bared and knockout bars on point. Her fiery flow ignites the hook as she promises, “It’s still smoke.” Meanwhile, the visual intercut vignettes of cash, twerking, and a whole lot of neon as her star power commands the camera’s attention front-and-center.

It all sets the stage for the arrival of her debut EP—coming very soon.

She capped off a breakout 2020 with “Rotation.” Not only did it generate just shy of 1 million total streams and views, but it also received critical acclaim.FLAUNT Magazine raved, “Stunna Girl is the definition of a bad bitch who’s ready to take over the rap game single-handedly.”

Get ready for more smoke from Stunna Girl.