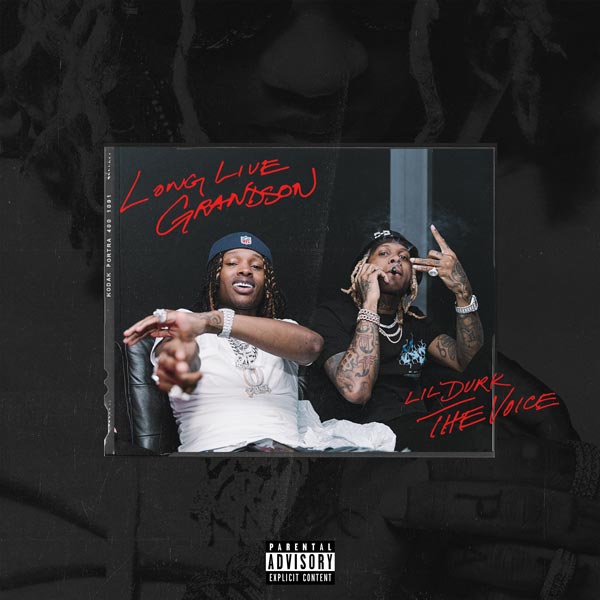 The Voice is here.

After collaborating with everyone from Drake to Nas, Lil Durk caps off a prolific year with the release of his sixth studio album.

The 16-track set is dedicated to his friend and OTF affiliate, King Von, who was killed following a shootout last month. The late Chicago rapper appears alongside Durk on the cover and on the standout track “Still Trappin’.”

Additionally, the project includes the previously-released single “Stay Down” with 6LACK and Young Thug, plus an appearance from the incarcerated YNW Melly, who guests on “Free Jamell.” Earlier in the week, Durk released a video for “Backdoor” as a tribute to Von and his late cousin OTF Nunu aka Nuski.

The Voice marks Durk’s second album of 2020 following May’s Just Cause Y’all Waited 2. A deluxe edition was released in June with seven additional tracks and peaked at No. 2 on the Billboard 200.

Stream The Voice below.