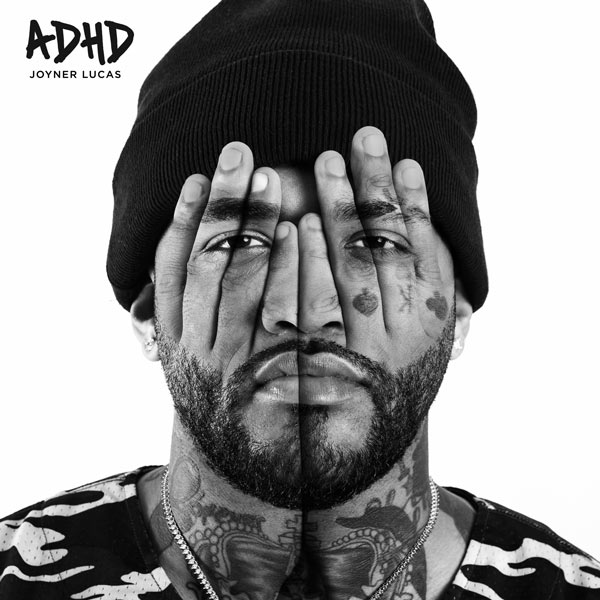 After much anticipation, Joyner Lucas drops his long-awaited album ADHD. The 18-track set includes the controversial “Devil’s Work” and Will Smith-inspired “Will,” which also spawned an epic music video, plus collaborations with Young Thug (“The War”), Logic (“ISIS”), and Fabolous (“Still Can’t Love”), along with Chris Brown on “Finally.”

The album has been a long time coming for the Massachusetts rapper. During an interview with Apple Music’s Beats 1, he explained the reason for the delay. “There was a lot of business stuff happening with me transitioning from getting off the label, becoming independent, stuff like that,” he told Zane Lowe.

Now that the album is here, Joyner plans to go back to dropping more music including freestyles. “What I decided in 2020, I was gonna be one of the most consistent artists,” said Lucas. “I’m not really a huge fan of going on tour because it takes away from my focus of making music and I’m spending a lot of time away from my son… I decided not to go tour and I decided just to focus on music.”