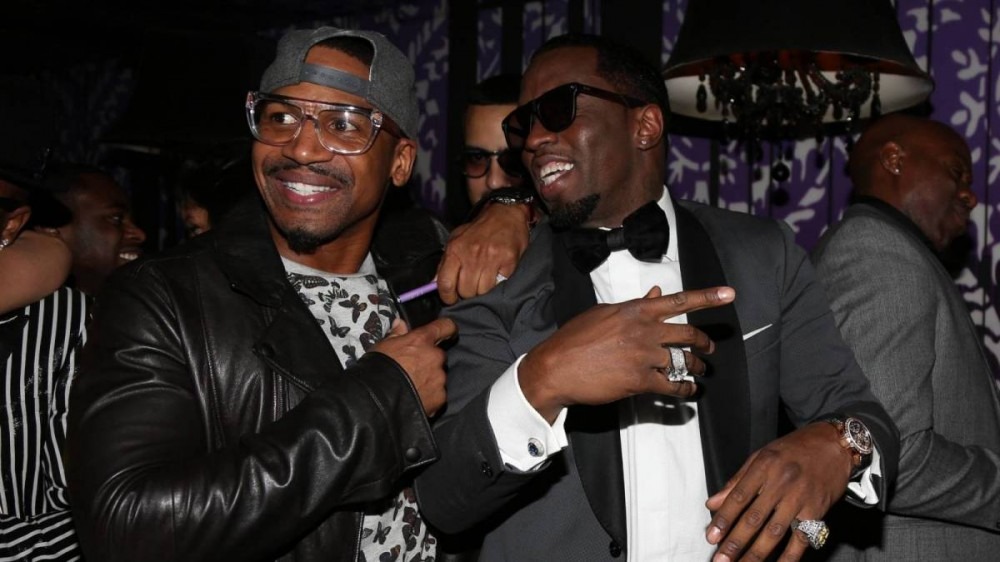 Celebrity sightings happen every day, but it’s not too often one of them is mistaken for someone else and goes along with it. But that’s precisely what happened to Stevie J as he was going through airport security earlier this week when someone thought he was Diddy.

In a video uploaded to The Shade Room Instagram account, the veteran producer and Love & Hip Hop personality is collecting his belongings at the TSA checkpoint when the man recording him says, “You’re my favorite artist. Puff Daddy. Oh my god. Puff Daddy, boy! What’s up Puff Daddy? P. Diddy, do the dance, man.” But here’s where it gets weird. Stevie replies, “I am Puff Daddy for real. The real one. I made all the beats,” to which the man says, “The real Puff Daddy? Oh OK.”

Of course, the comment section lit up with remarks such as “Diddy gonna be HOT” and “More like Bluff Daddy,” but others just commended Stevie J for being such a good sport.

Although the fan incorrectly identified Stevie J as Diddy, there’s a firm connection between the two. Stevie initially rose to notoriety as a member of the Bad Boy Records’ “Hitmen” roster of in-house producers and writers during the ’90s. He worked closely with Diddy on numerous Bad Boy projects, including the self-titled debut album of R&B quartet 112 that featured the lead single “Only You” with The Notorious B.I.G.

He also produced multiple tracks on The Notorious B.I.G.’s Life After Death album: “Mo Money Mo Problems,” “Nasty Boy,” “Notorious Thugs” featuring Bone Thugs-n-Harmony, “Another,” “You’re Nobody (Til Somebody Kills You)” and “Last Day.” He ultimately won a Grammy Award for production on Diddy’s No Way Out album, which contained the Biggie tribute song, “I’ll Be Missing You.”

These days, Stevie J is mostly making headlines for his tumultuous relationship with wife Faith Evans, Biggie’s widow. Stevie filed for divorce from Evans in November 2021 after three years of marriage. TMZ claimed he filed the paperwork in Los Angeles County Superior Court following allegations she’d cheated on him. But just days later, they were frolicking on the beach like nothing had happened. Since then, Stevie has asked for spousal support after publicly calling her out on Instagram for being unfaithful.

On January 1, Stevie J’s divorce attorney, Kimia Klein of the law firm Fox Rothschild LP, filed a motion to dismiss him as a client, citing a “irremediable breakdown” in their relationship. Official court records show a hearing date has been set for March 28 to resolve the matter.