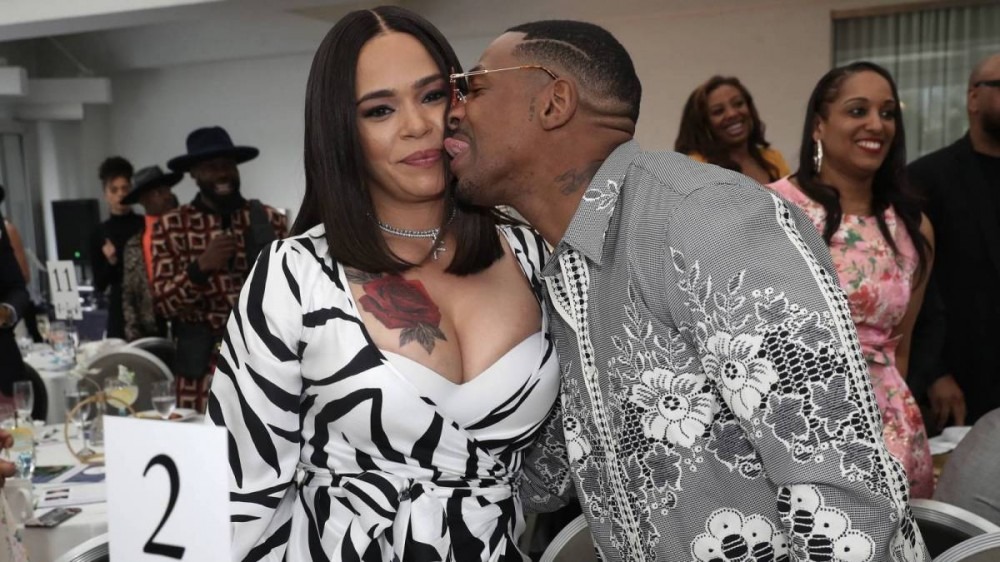 Exclusive – Days before Stevie J gave an interview while allegedly receiving oral sex, he was talking about his estranged wife Faith Evans as if they were back together. The couple filed for divorce in November 2021 but were photographed frolicking on the beach not long after, making the status of their relationship confusing at best.

The 50-year-old New York native talked extensively about his fractured relationships with women in the new TV One UNCENSORED episode about his life, which aired on Sunday (March 13). He determined they were a result of his biological mother abandoning him while he was young and being raised by a single father.

“Can’t get a hug from mom and all that,” he told HipHopDX from Diddy’s Star Island studio. “I guess it’s all relative. To me, I didn’t see my father with a whole bunch of women. I probably seen him when I was growing up with like four women. It wasn’t like he was some playboy or something. But me growing without my mother… there’s just no excuse or anything. It’s just how I am. It made me who I am. I just didn’t care about the emotions of a woman.”

Stevie J was juggling relationships with his exes Mimi Faust and Joseline Hernandez for some time, which often landed him in trouble but made for good television as far as Love & Hip Hop: Atlanta was concerned. After marrying Faith Evans in 2018 though, it seemed the father of six was ready to settle down. But trouble started almost immediately when rumors of infidelity began to fly. According to Stevie, they’re in a better place — despite the tumultuous fights the public saw play out online.

“We’re good,” he tells DX. “She’s still Mrs. Jordan. We’re cooling. It’s just like, we just got to have to … we’re handling some things and we’re keeping it out of the media. That’s my best friend. Why wouldn’t it [work out]? We go back 28 years or something like that. And she know me from A to Z. She know everything about me, I know everything about her. So when it’s like that, it’s bound to work out.”

In January, TheGrio reported Stevie’s attorney Kimia Klein of Fox Rothschild LP had filed a motion to dismiss Stevie J as a client due to an “irremediable breakdown” in their relationship.

“Despite several attempts by my office to informally resolve the issues with Steven, we have been unsuccessful in resolving the issues,” Klein wrote in her filing. “The relationship has broken down sufficiently so that my colleagues and I cannot continue to represent Steven.”

A hearing has been set for March 28 to resolve the matter. As for Stevie’s relationship with his biological mother, they’ve since reconciled.

“I’m in a great place right now,” he says. “My mother is in a great place right now. We love each other. We speak to each other multiple times a day. She’s just there for me to give me sound advice and to just listen and I’m here it for her to just listen and get hugs and kisses and all of that good stuff that you know, that I missed out on early.”