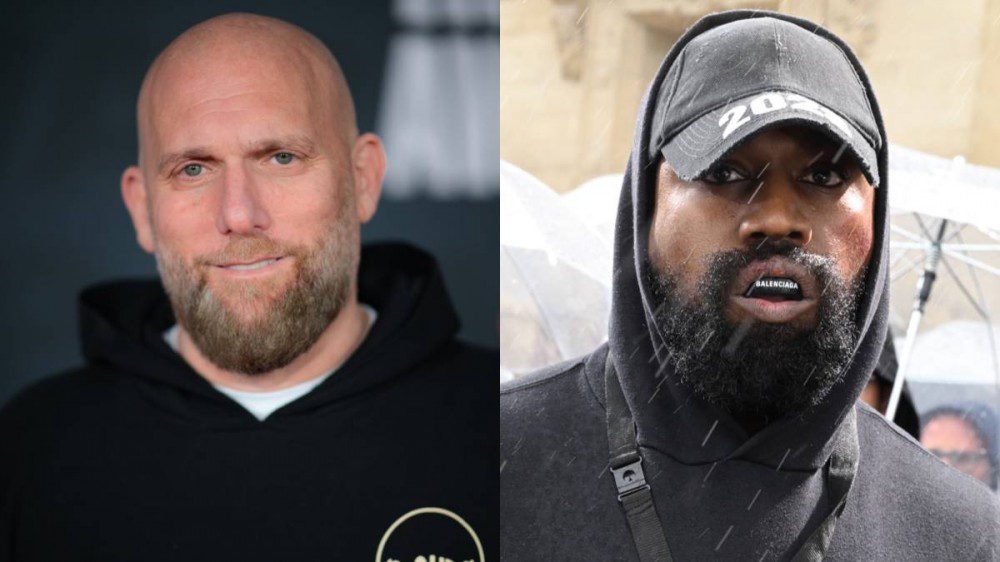 Steve Rifkind has issued a statement to explain his presence at the taping of Kanye West‘s latest Drink Champs interview.

In the statement posted to Instagram on Friday (October 21), the Loud Records founder explained that he happened to be at the studio to return a vehicle which had been provided to him by the Drink Champs crew while he was in Miami. He says once he and Ye made eye-contact, he was invited to come into the studio where the episode was being record.

Rifkind went on to explain that the two had a brief conversation — their first in two years — during which the rapper called him “his favorite Jewish homeboy.”

“Nore is family to me so I know he would not set me up,” Steve Rifkind wrote. “They told me to come in we hugged. It was a genuine hug and he said he needs help putting his label together I told him I had to leave he said come on the plane with me and I said I will see him in LA. I told him I loved him and to play nice. He said he wanted to be respected and I said to play nice and that will happen.”

He explained that he was unsure as to how long Ye was there prior to his arrival, nor was he privy to the content of the interview. Steve Rifkind added that, ultimately, he was at N.O.R.E and DJ EFN‘s studio in Miami’s Winwood District for approximately 10 minutes.

The statement comes days after N.O.R.E insinuated that he failed to address the Kanye West’s anti-Semitic comments during the interview because there were Jewish people “in the room.”

“I had four Jewish people there, Steve Rifkind was in the room,” the Drink Champs host told Charlamagne Tha God during a stop on The Breakfast Club on Monday (October 17). “Steve Rifkind who signed Wu-Tang Clan was in the room. And I looked at them to tell them, ‘Yo, tell me whenever he’s going across the line.’ And they’re looking at him and they’re saying, ‘Okay, we understand where he’s coming from.’”

Rifkind’s post implied that both he and his family have received some backlash due to N.O.R.E.’s interview. Yet he made it clear that he whole heartedly disagreed with Ye’s sentiments, but was willing to extend him some grace.

“I disagree 1 million percent on what he is saying,” he wrote. “If he is mad at certain people take it up with them. In any religion or race there are good people and bad people. He is hurt. Personally, I don’t like to kick someone when they are down.

“Yes, I am Jewish but I have seen the brilliant, giving, and compassion side of him too. I pray for you Ye that you get this right and you make another billion, but who ever you are mad at take it up with them.”

Steve Rifkind and Loud Records were recently honored at the BET Hip-Hop Awards in celebration of the 25th anniversary of the seminal label, which was launched in October 1991.

The label was once home to the likes of Big Pun, Pete Rock, Twista, Xzibit and many more, serving as a launchpad for many of these artists.