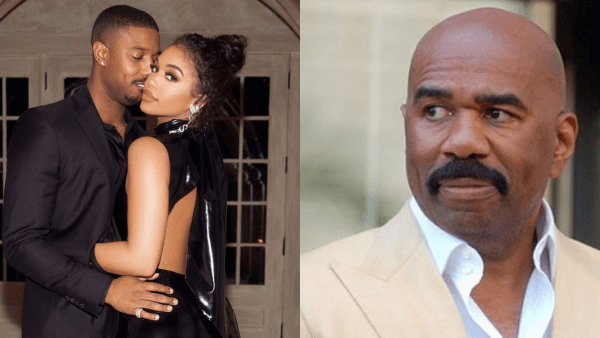 During Lori Harvey and Michael B. Jordan’s relationship, Steve Harvey was vocal about how much he enjoyed his daughter’s bae. Now that they have split, Harvey is speaking out.

Speaking on The Steve Harvey Morning Show, Steve spoke with his cohosts about the breakup.

Later in the conversation, Harvey would give Jordan some love. “He’s still a cool guy…from what I know. It’s a breakup. I’m pretty sure they’ll be fine. People break up all the time. I just wish I could have broke up without the cost factor! I got to start learning from my children, get out early! I waited way too late.”

The cost factor is alluding to his two divorces.

You can hear it Steve crack a few jokes below.