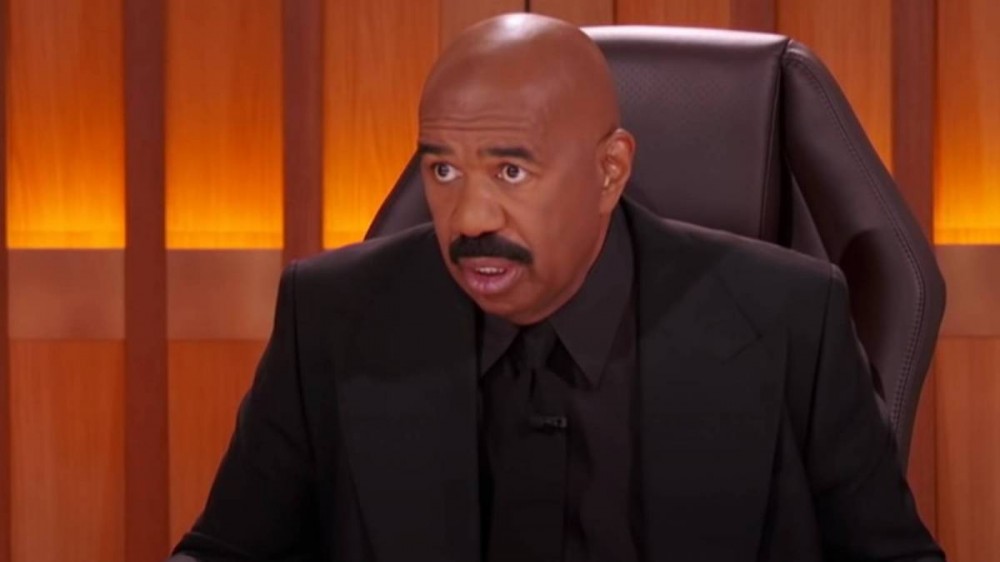 And now, it looks like he has to contend with seasoned comedian Steve Harvey over his comments about fellow comedian Hughley. During a new episode of the Steve Harvey Morning Show, the 65-year-old host issued a stern warning to the 44-year-old Hip Hop mogul.

“Pull up, it ain’t what you want,” he said. “If y’all do get to scrapping, all my cash on D.L., cause you have no idea. You been a lil politically, socially conscious rapper — we from a ass-whoopin’ era. … We from a whole ’nother era.”

Kanye West appeared angry about an interview Hughley did with VladTV in which he criticized Ye over they way he was handling his divorce from Kardashian and her new relationship with the 28-year-old Saturday Night Live actor. He also suggested had Kanye not been wealthy and famous when they met, he wouldn’t have been able to land a woman like the SKIMS founder.

“We gone stop letting practicing drug addicts be used by leftist to Willie Lynch our Future,”  he wrote on March 13 in a since-deleted post. “Black people with our own opinion are not allowed to speak in public. I am the glitch. DL God does not like you. You have no favor. Your family hates you. I would hate to be related to somebody who used to be famous. Now you just known as a broke pawn. at least Oprah got billions ‘allegedly.’”

Hughley fired back later that day, using his signature brand of humor to slam Kanye.

“Hmm!” he began. “Ain’t it weird that #Kanye supposedly has all these goons who will for him, but not one of them will get his prescriptions filled? Here’s a thought while you’re on your way to kill me in Calabasas, how about somebody drop by CVS and pick up his Xanax! Lol … Ain’t no way in hell I’d ever be scared of a dude who wears #IKnowWhatDidLastSummerBoots!!!”

After Kanye went after him again on Wednesday (March 16), mocking his clothing and overall style, Hughley was ready and callously reminded him he lost his wife to a white man.

“How dare you talk about the way someone dresses, look at you!!” he tweeted. “All those people in your head and not one of em got a Macys card? #TeamDl.” He added, “Do you know how horrible you gotta be to make a #Kardashian date a white man!”

The 24-hour suspension imposed on Kanye by Instagram/Facebook is nearly at its end, so it should be interesting to see if he continues his tirade or retreats back into the shadows. For the time being, it looks like he’s been enjoying quality time with his six-year-old son Saint. On Wednesday night, the father-son duo was photographed courtside at the Golden State Warriors versus Boston Celtics game.