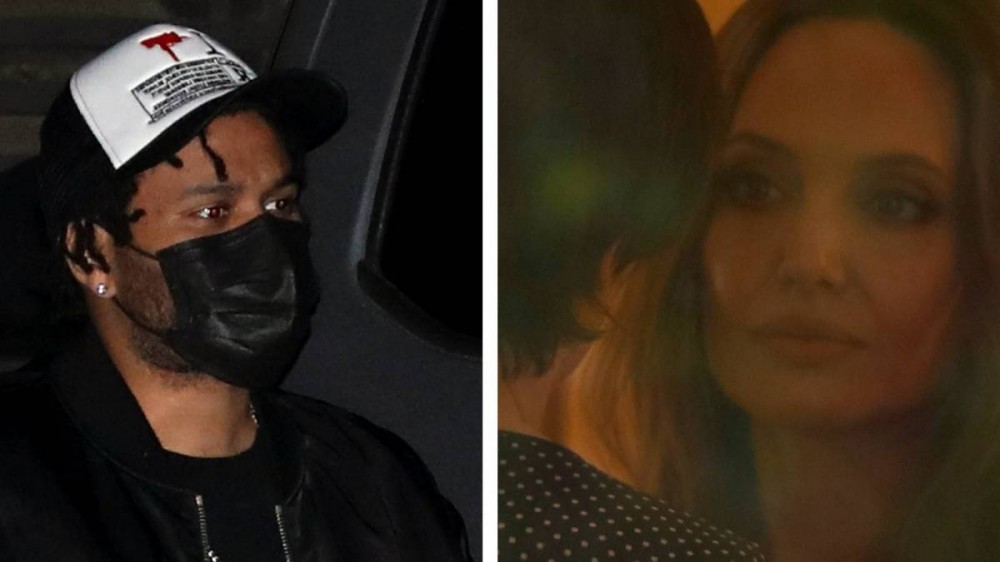 According to The Sun, “The pair reportedly spent hours at the restaurant, before leaving separately to avoid raising suspicion.”

Angelina Jolie has been embroiled in a nearly five-year-long custody battle with ex-husband Brad Pitt over their six children. The 46-year-old actress filed for divorce from Pitt in 2016.

The couple first met on the set of Mr. and Mrs. Smith in 2004, while Pitt was still married to Jennifer Aniston. They were together for 10 years before marrying in 2014 but split just two years after tying the knot.

Meanwhile, The Weeknd has been linked to model Bella Hadid and pop singer Selena Gomez. In 2016, he actually name-dropped Pitt on his mega-hit “Starboy” featuring Daft Punk, singing, “Let a n-gga Brad Pitt, legend of the fall took the year like a bandit.”