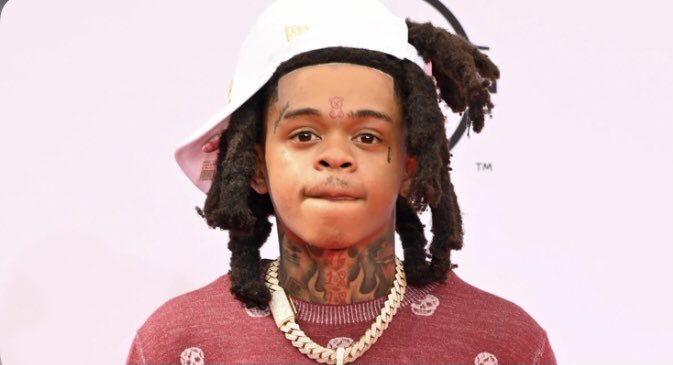 SpottemGottem was wounded in a drive-by shooting in Florida last Friday morning. Complex spoke to his attorney, who confirmed the news and stated Spottem was leaving the studio.

TMZ had further details, stating SpottemGottem was shot in both legs and the car was shot 22 times on the driver’s side. He is stated to be in stable condition and will make a full recovery.

Last month, SpotemGottem was wanted by authorities in the questioning of the murder of a Dallas man. He is the latest rapper that is being investigated by the content of his lyrics.

Dallas police had no leads in the murder of Reginald Agnew Jr. who was in town for a party at Club Tropics, All Hip Hop reports. Dallas detective Patty Belew believes the “Beatbox” rapper has bragged about the murder on his single “Again.” The single was released on Triller.

“That is very bold. You know that is like stepping like ‘hey we did this and the police don’t even know who did it and we’re going to get away with murdering this young man,” Belew said to Fox News 4.

The murder occurred almost a year ago. In the video, SpotemGottem and associates are heard joking that police don’t know who killed him. Detective Belew is now seeking to identify the others in the video.

Last month, SpotemGottem was arrested for aggravated assault with a firearm, firearm possession by a convicted felon, and accessory after the fact.

The Jacksonville rapper, born Nehemiah Harden, was located at the Aventura hotel room ahead of his scheduled performance at Rolling Loud festival. During a hearing, he was granted a $18,500 hearing.

According to NBC 6 South Florida, SpotEm was located at the hotel at 20805 Biscayne Boulevard where he was laying in bed with an AK-47 next to him. Police were executing an arrest warrant for an incident in June where he pulled out a semi-automatic weapon after breaking a parking garage gate.