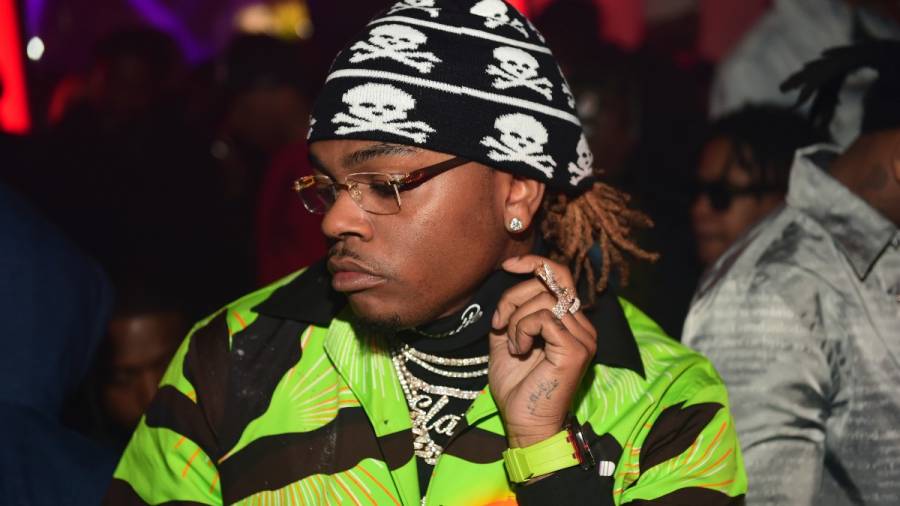 Having jewelry in your mouth always comes with the risk that it won’t stay there and unfortunately for Gunna, his ended up in a rather inaccessible place. In an Instagram post from his hotel room on Tuesday (October 6), the Atlanta rap star revealed he’d accidentally swallowed one of the diamonds in his teeth.

#Gunna says he swallowed one of diamonds 💎😬🤣 [📸 by @fuckatnames]

Gunna announced a bit of a lifestyle overhaul in August, vowing to swear off drugs, sex and social media in an effort to cleanse his “mind, body and soul.” While it’s unclear if he stuck to at least the drugs and sex portion (as he clearly didn’t stick to the social media part), the Wunna rapper this week reflected on just how far he’s come from 2014 to where he’s at in life now.

“I came along way thank God,” he wrote with a photo of his mugshot on his Instagram Story on Monday (October 5).

So far, in fact, he’s now got fans tattooing his entire face on their limbs.

Last month, a major Gunna supporter inked a cartoon version of the rapper on his leg. The image was taken from the album artwork for his May album Wunna, which debuted at No. 1 on the Billboard 200 with 111,000 equivalent album units. It was later certified gold by the RIAA, signifying 500,000 units sold.