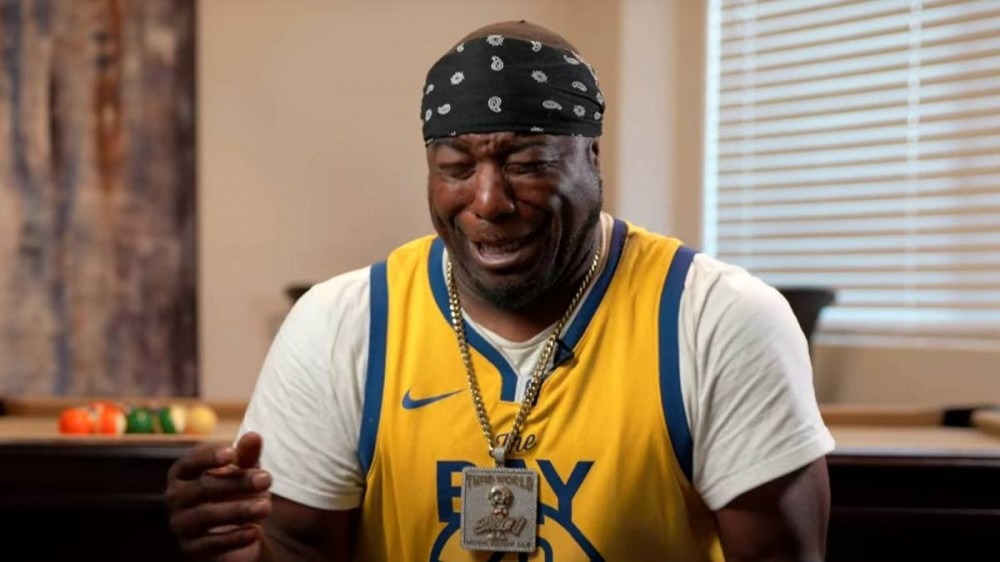 Funk Flex went on an extended rant about the death of The Notorious B.I.G. while simultaneously blaming 2Pac for his murder in 2015. Of course, the video still lives online and can easily be found on YouTube with a quick Google search.

In the clip, the longtime Hot 97 radio host is visibly emotional as he screams, “Biggie wouldn’t have fuckin’ died, if that n-gga hadn’t of lied!”

During a recent interview with The Art of Dialogue, veteran West Coast rapper Spice 1 discussed the East Coast-West Coast beef that was going on in the 1990s. The tension between Hip Hop artists from both coasts bubbled over until 2Pac and Biggie were ultimately gunned down.

“To tell you the truth, I was mad at everybody who attacked ‘Pac that wasn’t Biggie,” he said. “If you wasn’t Biggie, you shouldn’t have shit to say about ‘Pac. Period. That’s between ‘Pac and Biggie. That’s why I was gettin’ into it. Like, ‘OK ‘Pac. You and Biggie handle that. I got your back. If any other n-ggas trying to jump in. I got them.’”

Spice 1 also explained why he didn’t want to be in the middle, adding he got respect from East Coast artists such as Run-DMC and LL COOL J.

“It wasn’t the whole East Coast,” he continued. “Man, I got so much love out there. I fuck with all the Wu-Tang Clan and Redman and Method Man. First dudes to meet me when I landed in New York City was Run-DMC […] I got so much love for them cats, and I just seen LL playing ‘Strap On The Side’ on one of his talk shows, so I go way back with the East, so I really didn’t want to get into it like that.”

That’s when Spice 1 recalled the 2015 video from Funkmaster Flex and confessed he lost all respect for him after he blamed Biggie’s death on ‘Pac.

“Even when Funkmaster Flex said that shit about ‘Pac, I had to smash on him,” he said. “I looked up to Funkmaster Flex and I didn’t want to do that, but n-gga, you talkin’ about my muthafuckin’ homeboy. Shut the fuck up. Leave that shit alone.

“Both of them is in the grave — they gone! Let that shit go. You bringing up old shit. You about tp open Pandora’s Box and start a fire and shit […] you throwin’ grease on the fire. Shut the fuck up.”

From there, Spice 1 began to imitate comedian Mike Epps imitating Funkmaster Flex. With his face contorted until he’s almost unrecognizable, Spice 1 mocked Funk Flex for getting so worked up in the first place.

“He was cryin’ and all of that shit,” he concluded. “Then Mike Epps got on there and tried to repeat what he was doing. He was like, ‘2Pac lied and Biggie died.’ That n-gga looked retarded. If you don’t shut your retarded ass up — cut this n-gga the fuck off. Somebody take his phone. You embarrassing everybody.

“I get back on there like, ‘Man, I’m about to come out there and drag your ass out that radio station and stomp your muthafuckin’ head in if you don’t shut the fuck up.’ Did you really just do that? Did you really just bring back some old shit? I respected you until you did that shit.”

A clip of the interview was later posted to The Art of Dialogue‘s Instagram account and Funk Flex not only liked the post but also left a series of laughing emojis in the comment section. Check it out below.